The trucking industry is in need of an estimated 80,000 drivers

A pilot program that will allow teenage drivers to work as interstate truck drivers has been approved by the federal government.

Under current regulations, anyone between 18 and 20 is not eligible to drive big rig trucks across state lines.

The trucking industry plays a vital role in supply-chain distribution and been faced challenging driver shortages for years. The strained industry was further stressed by the COVID-19 pandemic and subsequent lockdowns.

The new Safe Driver Apprenticeship Pilot Program was greenlighted after Congress required it as part of the infrastructure bill passed on Nov. 15, 2021. The program details were submitted to the Federal Motor Carrier Safety Administration last week.

Congress requires the FMCSA  has 60-days to launch the program. The agency is required to reach out to carriers with notable safety records to participate in the program

Teens interested in working as long-haul truck drivers would be screened for any driving-while-impaired violations or tickets for causing a crash. As part of their training, they would be allowed to cross state lines while accompanied by an experienced driver during 120-hour and 280-hour probationary periods.

Their truck will have electronic braking crash mitigation systems and a forward-facing video camera. The young drivers would also be required to limit their speed to 65 miles per hour.

Teen drivers would be allowed to drive independently after completing the probationary period, although their company must monitor their driving until they are 21.

“If at any time while participating in this pilot an apprentice is disqualified for a major offense, serious traffic violations, railroad-highway grade crossing violation or violation of an out-of-service order, he or she will be disqualified and removed from the program,” per Transport Topics News.

Critics of this proposal have argued that teenage drives are statistically more likely to be in crashes than older drivers.

Trucking industry leaders and experts have advocated for this program for years, arguing that it would assist with the national driver shortage.

“This program creates a rigorous safety training program, requiring an additional 400 hours of advanced safety training, in which participants are evaluated against specific performance benchmarks,” said Nick Geale, vice president of workforce safety for the trucking associations, in a statement.

The pilot program is open to 3,000 apprentices at a time.

Washington D.C. and 49 states currently allow drivers under the age of 21 to drive semi-trucks, but they are restricted to in-state trips. They can not drive the vehicles across state lines.

According to current industry data, the average age of a truck driver is 55. Because they are required to wait three years, many young adults start other career paths when they are of age. Without young applicants, the industry is dependent on an aging and retiring workforce. 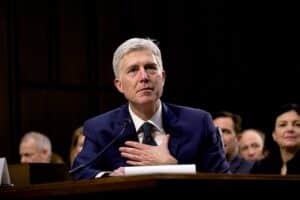