White House Says Iran Could Have Material For Nukes In Weeks

The Biden administration said Iran is capable of amassing enough fissile material for a nuclear weapon in “just a few weeks or less,” according to White House Press Secretary Jen Psaki.

“Does this worry the White House that we’re talking about two weeks that Iran could actually develop a nuclear weapon?” a reporter asked Psaki during a press briefing.

“Yes, it definitely worries us,” Psaki replied before claiming that former President Trump’s decision to withdraw from the controversial Joint Comprehensive Plan of Action (JCPOA) with Iran, also known as the Iran nuclear deal, was to blame for the country accelerating its nuclear program.

“Their breakout period is down from about a year, which is what we knew it was during the deal, to just a few weeks or less,” Psaki added.

However, Israeli government experts told Axios in February that even if the United States were to return to the JCPOA, Iran’s nuclear breakout time would still be just a few months.

The attempt to return to the JCPOA by the Biden administration has drawn pushback from Republicans due to the original deal’s lack of efficacy and it resulting in Iran using funds it acquired through the deal – estimated to be $100 to $150 billion –  to fund terrorism in the Middle East.

Following the ratification of the JCPOA in 2015, multiple reports found that Iran had repeatedly violated the terms of the deal and continued to work towards acquiring nuclear weapons.

Additionally, according to the U.S. State Department, from “2014 to 2018, Iran’s government increased funding for the military and terrorism by 53 percent. In 2018 alone, the regime spent $6.4 billion on its Islamic Revolutionary Guard Corps–Quds Force, a U.S.-designated terrorist organization that supports Hezbollah, Hamas and other foreign terror groups and plots attacks abroad.” 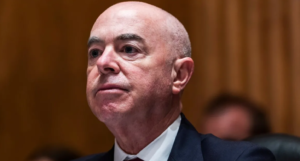