A whistleblower from the BBC has alleged that staff were told there are over 150 genders during a training and urged to develop a “trans brand” by including their pronouns in their email signatures.

They also claimed that stories critical of transgender activism were routinely squashed.

The radio staff were urged by BBC leadership to attend a training with a transgender organization called “Global Butterflies,” which describes itself as “Trans & Non-binary Corporate Inclusion Training and Consultation.”

Materials from the training sessions, which took place in the summer and fall of 2021, were provided to The Telegraph.

“During the sessions, leaked to The Telegraph, staff were shown an array of gender-neutral pronouns they should use including ‘xe, xem, xyrs’, and were told: ‘People can self-identify themselves in over 150 ways, and increasing!'” the report states.

The report continues, “staff were told they should include their pronouns in email signature boxes to be ‘part of your trans brand’ as an ‘inclusive and welcoming… brilliant show of ally support.'”

The training materials informed the staff on the radio team that using “he or she” pronouns can create “discomfort, stress and anxiety” for gender non-conforming people and that “it has been shown that in young trans people, using correct pronouns and names reduces depression and suicide risks.”

The staff was encouraged to wear “pronoun badges” around the office and directed on how to use people’s pronouns on air. The report says that they were also told that “nudging” or “staring” is transphobic.

The report states that the whistleblower told them that “the BBC was ‘suppressing stories’ that challenge trans activism and claimed there is a ‘tight-knit cabal at the top of BBC News who give tacit approval to gender ideology.'”

“The BBC simply doesn’t understand what’s going on with gender identity ideology,” a senior staff member who recently quit the BBC told the newspaper. “They’ve been pandering to a social contagion amongst young people rather than being the adult in the room. ‘Inform and educate’ from the BBC Charter has left the BBC when it covers trans issues.”

The whistleblower echoed that statement, saying that “stories from the ‘gender critical’ – pro-woman, pro-safeguarding – point of view are being pitched by individuals, but they are rejected because the top of news won’t commission them.”

“Any story that doesn’t affirm gender ideology originates from outside the news cabal and when it appears it’s always sent upstairs, heavily scrutinised, triple checked – whilst gender affirmative stories go straight to output,” they said. “And there’s a complete lack of understanding at the most senior BBC editorial levels that pronoun declarations align with a belief in gender identity ideology.”

In a comment provided to the Telegraph, the BBC denied their editorial policies being influenced by Global Butterflies.

“There is no link to, or influence on, any editorial decision making and to suggest otherwise is wrong. As we have said many times before, the BBC’s Editorial Guidelines are sacrosanct, our staff know this and they understand their responsibilities.”

The BBC declined to comment on how much they paid the organization. 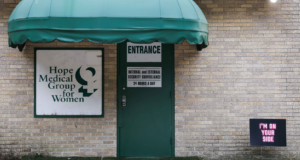