A ban on abortions in Louisana was temporarily blocked by a judge following a lawsuit from a group of pro-abortion organizations.

The Center for Reproductive Rights, which is representing the group, took legal action after the Supreme Court overturned Roe v. Wade on June 24. The Center claims the three state laws that prohibit abortion under almost all circumstances “lack constitutionally required safeguards to prevent arbitrary enforcement” and violate the abortion providers’ right to due process.

“Enforcement of the hopelessly vague Trigger Bans will irreparably harm Plaintiffs by violating their constitutional rights as guaranteed by Article I, Section 2 of the Louisiana Constitution,” according to the filing documents.

“A public health emergency is about to engulf the nation. As expected, Louisiana and many other states wasted no time enacting bans and eliminating abortion entirely,” Nancy Northup, the CEO of the Center for Reproductive Rights, said in a statement, per Axios. “We will be fighting to restore access in Louisiana and other states for as long as we can. Every day that a clinic is open and providing abortion services can make a difference in a person’s life.”

The plaintiffs include Hope Medical Group for Women in Shreveport, one of the state’s three abortion providers, which argued that the lack of specific details in the laws makes it “impossible” to tell “what exact conduct is prohibited” and when each law is in effect, per Reuters.

“We are committed to this monumental legal challenge – not to perpetuate an endless political battle, but to ensure our patients’ wellbeing and so that they may draw strength from our dedication to this fight,” said Kathaleen Pittman, the Hope Medical Group for Women’s administrator, in a prepared statement.

“We’re going to do what we can,” Pittman said, per PBS News. “It could all come to a screeching halt.”

“Our members are outraged and heartbroken by the Supreme Court’s decision,” said Pamela Merritt, the director of another plaintiff Medical Students for Choice, in a statement per The Hill. “While we have been actively preparing for this moment, it’s never easy to see the government take human rights away from millions of people, including those in Louisiana.”

According to Business Insider, “Louisiana is one of 13 states in the country with so-called trigger laws to restrict abortion that would take effect in case of a possible overruling of Roe v. Wade, the landmark Supreme Court decision that legalized abortion nationwide almost 50 years ago.”

Legal efforts to prevent or stop restrictions on abortion from taking effect are underway in multiple states.

On June 24, a judge in Florida blocked a ban on abortions after 15 weeks which was set to go into effect this week. Utah was sued by Planned Parenthood over its pending prohibition on abortions. With support from the American Civil Liberties Union, pro-abortion groups in Arizona filed an emergency motion on June 25 to prevent the state’s abortion ban from going into effect.

Louisana’s abortion ban prohibits almost all abortions, including in cases of incest or rape. The state allows for exceptions when the mother is at fatal risk or could sustain serious injury. 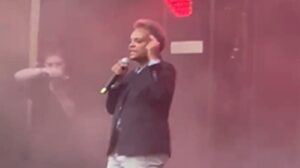