West Virginia State Treasurer Riley Moore sent letters to six financial institutions warning them they would be placed on the state’s Restricted Financial Institution List in response to their boycott of the fossil fuel industry.

The firms were not publicly named by the treasurer’s office in their press release, but a June 13 Freedom of Information Act request resulted in their disclosure.

“Earlier this year our Office proposed, and the Legislature passed, Senate Bill 262 to push back against unfair discrimination against our coal, oil and natural gas industries by the financial sector as part of the so-called ‘environmental, social and governance or ‘ESG’ investing movement,” Moore said in a press release. “We’ve now demonstrated we are serious about enforcing this law.”

Senate Bill 262, which became law on March 12 and took effect 90 days later, authorizes the state treasurer to compile a list of financial institutions that have engaged in boycotting or otherwise sought to penalize energy companies.

Notices were sent on June 10, and the banks have 30 days to respond and appeal. Firms must prove that their treatment of energy companies is motivated by a “reasonable business purpose” as defined by the act. Acceptable appeals must argue that the financial institution acted to increase profit, mitigate risk, or comply with regulatory requirements.

Banks and investment firms that find themselves on this list of restricted financial institutions can be barred from any competitive bidding process “or any other official selection process,” according to the bill.

Additionally, the treasurer is authorized to require prospective contract recipients to declare that they will not engage in any boycotts during the duration of their contract.

While 45 days must pass between the notice date and their inclusion on the list, the West Virginia Treasury website currently lists BlackRock as the sole institution. Timcast sent a media inquiry to ascertain whether it was erroneously included prematurely. 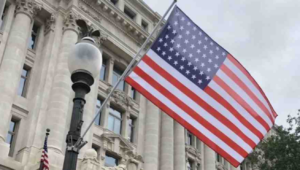