West Virginia Attorney General Patrick Morrisey has announced that he has reached a $161 million settlement with drug manufacturers Teva and Allergan for their role in the opioid crisis.

Morrissey had argued that the manufacturers helped fuel the opioid epidemic in West Virginia by “engaging in strategic campaigns to deceive prescribers and misrepresent the risks and benefits of opioid painkillers.”

West Virginia AG Patrick Morrisey has reached a $161 million settlement with drug manufacturers Teva and Allergan for their role in the opioid crisis. Morrisey says it’s the highest per capita settlement in the nation.

“It’s been a long trial and, as we have said from the very beginning, we are looking for accountability,” Attorney General Morrisey said in a statement provided to Timcast. “This settlement, along with other settlements we will receive from other cases, will provide significant help to those affected the most by the opioid crisis in West Virginia. I’ve always said that at the end of the day, through our Office’s opioid work, West Virginia will have the highest per capita settlement results in the nation fighting for our people.”

During the trial, which began on April 4 and continued for approximately six weeks, the State presented 54 witnesses and approximately 630 documents into evidence.

Under the settlement, West Virginia “will receive payments totaling more than $134,531,000 in cash over the length of the agreement provided that the State has received sign-ons from its political subdivisions,” according to the Attorney General’s office.

“The terms of the settlement are strong for West Virginia. The cash value alone is believed to be, by far, the highest per capita settlement in the nation,” the Attorney General’s office said.  “The monies from the settlement will be distributed under the terms of the West Virginia First Memorandum of Understanding. Announced in mid-February, the MOU is an agreement with cities and counties on how future settlement dollars would be used to abate the opioid crisis throughout the state. It contains a comprehensive road map to abate the massive problems caused by the flood of opioids into West Virginia. The State’s counties and cities are in the process of approving the West Virginia First MOU.”

The lawsuit was originally filed in 2019 in the Boone County Circuit Court. The state alleged that the companies “concealed misconduct, mischaracterized and failed to disclose the serious risk of addiction, overstated the benefits of chronic opioid therapy and promoted higher dosage amounts without disclosing inherently greater risks.” 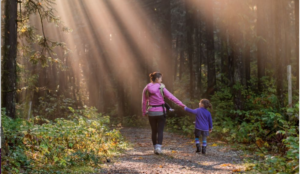 OPINION: New Study Says Having Over Two Kids Could Lead to Dementia, but There's More to the Story