Renner, a constitutional conservative and Republican, beat two term incumbent Democrat Laura Storm, who was first appointed to the office of Circuit Clerk in 2008.

Renner is a first-time candidate and school bus driver who made national headlines in 2021 after Jefferson County School Superintendent Bondy Shay Gibson placed her on administrative leave for attending the rally at the Capitol.

In addition to being placed on administrative leave, Renner and fellow bus driver Pam McDonald were temporarily banned from school property for going to a “deadly rally.”

Both Renner and McDonald ended up suing Superintendent Gibson. In their lawsuit, they alleged that Gibson “instructed school employees to engage in surveillance of the social media accounts of Jefferson County School employees to see if any of them attended the rally.”

The lawsuit was ultimately settled out of court.

Earlier this year, Renner filed to run for Jefferson County Circuit Clerk, stating that she was motivated by the outpouring of support for her during her battle with the school district.

Speaking with Timcast this morning, Renner said “All of Jefferson County won last night. In January of 2021 I had my voice silenced but last night the voice of the people was heard loud and clear.”

Republicans made huge gains elsewhere in the state as well, taking 88 out of 100 seats in the House of Delegates and 16 of 17 state Senate races on the ballot.

This is a guest post from Mark Everhart, owner of the Jefferson County Perspective. 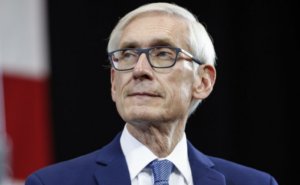