'We’re a long way from being in crisis in West Virginia,' Justice said.

Governor Jim Justice of West Virginia said there is “no chance” students in his state will be required to get a COVID-19 vaccine.

“We’re a long way from being in crisis in West Virginia,” Justice said during an interview with Margaret Brennan on CBS’s Face the Nation on Oct. 7. “If you look at our death rate — compared to the national average — we are still below the national with our death rate.”

He mentioned the state’s early high rate of vaccination and added that by the middle of the week, the state will have distributed all doses of its Pfizer vaccination to every nursing home in the state.

The elderly are considered to be among the medically high risk. As of Oct. 1, over 91% of West Virginia residents over the age of 65 have had at least one dose of the vaccine. While just under 50% of the state’s 1.79 million population have been fully vaccinated, the West Virginia Department of Health & Human Resources reports there are fewer than 12,000 cases in the state.

Brennan asked Justice if he would follow California’s lead and mandate vaccinations for school-aged children.

“No chance,” Justice replied. “I truly believe that the mandate only … divides us more. From the standpoint of mandates, I don’t believe in imposing on our freedoms over and over and over. … I don’t know how many times I’ve got to say it,” he said.

“From the standpoint of our children, I’m going to still encourage in every way — because I truly believe that the more people who we get vaccinated, the less people will die. But at the same time, we’ve still got to stand up for who we are. For crying out loud, we’re Americans.”

He said parents should be in charge of making the decision to give their kids the COVID-19 vaccine.

West Virginia allows local governments to develop their own COVID-19 safety requirements in lieu of a statewide facemask mandate.

“Justice has received criticism for the state’s low COVID-19 vaccination rates compared to the rest of the country. Last month, cases, hospitalizations, ICU patients and use of ventilators hit their peak for the pandemic, but in the past week they have been on the decline,” reports Just The News.

The governor’s statement came the same day Pfizer submitted to the federal government an emergency approval request of its two-dose COVID-19 vaccine for children ages 5 to 11.

The U.S. Food and Drug Administration previously authorized its vaccine for Americans ages 12 and over as an emergency measure. In August, the FDA granted the company full approval for its vaccine for people ages 16 and older. 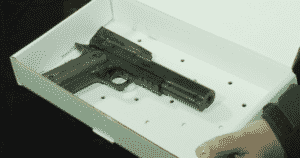