The platform is the most popular messaging app in China with over a billion users each month. Described at times as a ‘super app,’ WeChat users can not only send messages but make payments, promote their businesses, book flights, and search for nearby people with an ID or phone number. It is frequently used instead of emails in professional correspondence.

According to anonymous users involved in the LGBT groups, over a dozen accounts were shut down on Tuesday around 10 p.m. WeChat sent out notices to impacted users stating they had violated rules but did not specify any further.

The purge sparked concern that the Communist Party was restricting gay and lesbian content.

“The loyalty of LGBT university groups to the government and Communist Party was discussed in meeting in May between student groups and university representatives of the Communist Youth League – a department in charge of student affairs run by the Chinese Communist Party, according to three sources with knowledge of the matter. The sources declined to be identified or say at which universities the meetings took place but said LGBT student groups were asked if they were anti-Party or anti-China, and whether any of their funds had originated from abroad,” reports Reuters.

Censorship in China is well documented. Facebook is banned –in many ways creating a vacuum for an alternative platform like WeChat. Twitter was banned in 2009 after it was accused of helping organize protests. The Chinese alternative to YouTube, Youku, allows anyone upload a video but is monitored by the government. Criticisms of the Communist Party are removed.

Additionally, the Council on Foreign Relations noted that “Chinese media outlets usually employ their own monitors to ensure political acceptability of their content. Censorship guidelines are circulated weekly from the Communist Party’s propaganda department and the government’s Bureau of Internet Affairs to prominent editors and media providers.”

The Chinese government’s goal is to suppress topic or content that might cause social unrest. The “Provisions on the Governance of the Online Information Content Ecosystem” went into effect last spring. The law defines what content should be encouraged as well as sets broad parameter for what is illegal. Variety noted in January of 2020 that “content that ‘undermines ethnic unity’ or ‘undermines the nation’s policy on religions’ is forbidden, as is anything that ‘disseminates rumors that disrupt economic or social order’ or generally ‘harms the nation’s honor and interests.’”

Tencent Holding Ltd., the tech company behind WeChat, was contacted by a number of outlets but has not issued a statement. 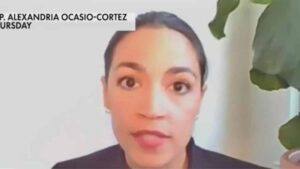