Bravo’s Andy Cohen went on a tipsy rant about how awful Bill de Blasio was during CNN’s broadcast of the Times Square New Year’s Eve celebration.

Cohen was appearing with Anderson Cooper as the ball dropped and incoming Mayor Eric Adams was being sworn in.

“Watching Mayor de Blasio do his ‘victory lap’ dance after four years of the crappiest job as the mayor of New York,” Cohen said.

“The only thing that Democrats and Republicans can agree on is what a horrible mayor he has been,” Cohen added. “So, sayonara sucka.”

Andy Cohen takes a shot, then opens fire on Bill de Blasio. “The only thing that Democrats and Republicans can agree on is what a horrible mayor he has been! So, sayonara sucka!” https://t.co/OBhoGAqSL9 pic.twitter.com/pb8QBzzgJG

“2022. It’s a new year. Cuz guess what, I have a feeling I’m going to be standing right here next year and you know who I’m not going to be looking at, dancing as the city comes apart? You!” Cohen said, directing his ire at de Blasio.

Cooper pleaded with the popular Bravo star to stop, but failed.

Cohen did not apologize for his rant, but tweeted that he was a bit “overserved.” 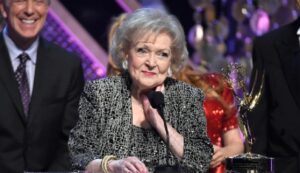