After clashing during a hearing about our nation’s COVID response on Tuesday, Senator Rand Paul announced that he is asking the Justice Department for a criminal referral into Dr. Anthony Fauci.

Senator Paul announced his intent during an interview on Hannity following the explosive exchange during the Senate Health, Education, Labor & Pensions (HELP) Committee hearing— during which he implied that Dr. Fauci had lied in testimony before Congress.

Fauci had previously claimed that the National Institute for Allergy and Infectious Diseases (NIAID) had never funded gain-of-function research in China — which many believe may have been the source of the pandemic. However, Paul pulled up a paper on research about bat coronaviruses that showed money had indeed gone to funding the controversial research — and offered him the chance to retract his statement.

Things escalated significantly when the Kentucky Senator promised that people, including Fauci himself, will be held responsible for what happened.

Things just got tense between Senator @RandPaul and Dr. Fauci.

PAUL: "There will be responsibility for those who funded the lab, including yourself."

FAUCI: "I totally resent the lie that you are now propagating, Senator." pic.twitter.com/RZq3ESb9xM

During his subsequent appearance on Fox News, Sean Hannity asked Senator Paul if he thinks Fauci “lied before Congress and broke the law.”

BREAKING: Sen. Rand Paul: "I will be sending a letter to the Department of Justice asking for a criminal referral" into Dr. Fauci – https://t.co/p0bxXRPZaN pic.twitter.com/vWrwu8ET1E

“Yes, and I will be sending a letter to Department of Justice asking for a criminal referral, because he has lied to Congress,” Senator Paul said. “We have scientists that will line up by the dozens to say that the research he was funding was gain-of-function. He’s doing this because he has a self interest to cover his tracks and to cover his connection to Wuhan lab. Now does he deserve all the blame? No, there’s still some conjecture as to whether or not it came from the lab. But he’s lying about whether or not he funded gain-of-function research, and yes, he should be punished.” 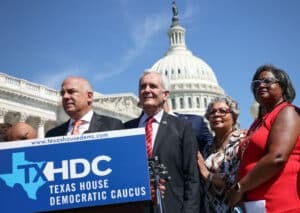