The Texas Democrats who fled their state to block voting legislation will no longer be releasing daily numbers on how many members test positive for COVID-19 after over 10% of the group tested positive.

According to NBC News, Cara Santucci, the spokeswoman for the Texas House Democrats, “initially said last week the delegation would provide daily rapid tests for its members and their staffers who are in the nation’s Capitol. But in a Monday statement, she said the delegation will no longer release a daily Covid case count.”

“We’re focusing on our daily testing, following and going beyond CDC guidelines, social distancing and wearing masks as much as possible. We’re just not going to release daily counts,” Santucci said.

“Yesterday, a fully vaccinated senior spokesperson in the Speaker’s press office tested positive for COVID after contact with members of the Texas state legislature last week,” Pelosi spokesperson Drew Hammill told ABC News. “The entire press office is working remotely today with the exception of individuals who have had no exposure to the individual or have had a recent negative test. Our office will continue to follow the guidance of the Office of Attending Physician closely.”

On Tuesday, White House Press Secretary Jen Psaki revealed that at least one additional White House official had contracted the virus that had not been publicly disclosed.

“There have been,” Psaki said when asked about additional cases among White House staff. “I will say that we, according to an agreement we made during the transition to be transparent and make information available, we committed that we would release information proactively if it is commissioned officers.”

editor’s note: a previous version of this article included heavily loaded framing about why Texas Democrats fled their state and has been updated 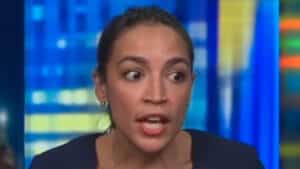 RACIST BABIES? AOC Calls-Out ‘Guiltless’ Infants Who ‘Gravitate Towards Their Own Race’