WATCH: Pro-Life Democrats and LGBTQ Demonstrators Explain Why They Attended the March for Life

The 49th annual March for Life once again drew tens, possibly hundreds, of thousands of pro-life activists to Washington, DC on January 21 — one day before the anniversary of Roe v. Wade.

This year, activists in attendance were filled with hope that this may be the last year that the march is necessary in its current form, as the conservative-majority Supreme Court is poised to potentially overturn the landmark 1973 Roe v. Wade decision.

“We are hoping and praying that this year, 2022, will bring a historic change for life,” Jeanne Mancini, president of March for Life, the event’s organizer, said during her speech at the rally. “Roe is not settled law.”

Barely Informed with Elad Eliahu traveled to DC and spoke to people in attendance, including LGBTQ pro-lifers and Democrats.

One of the Democrats explained that they believe “black lives matter from conception until death,” noting more black lives are taken in abortion clinics than by gun violence. 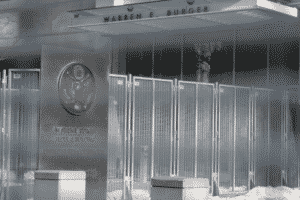