Officers Alexander Kueng, Thomas Lane, and Tou Thao have all pleaded not guilty

Opening statements were heard on Jan. 24 in the federal trial of three Minneapolis police officers charged with violating George Floyd’s civil rights in the summer of 2020.

Floyd’s death led to nationwide unrest and riots in major cities across the country.

Officers Alexander Kueng, 28, Thomas Lane, 38, and Tou Thao, 35, were charged for their role in the altercation that resulted in Floyd’s death. They have all pleaded not guilty to the charges filed against them.

The officers and their colleague Derek Chauvin were attempting to arrest Floyd on May 25 for using counterfeit money at a local store. His autopsy noted he was positive for COVID-19,  fentanyl, and methamphetamine.

Prosecutors contend that the officers showed deliberate indifference to his medical needs as Chauvin knelt on the back of Floyd’s neck while he was in handcuffs and therefore willfully deprived him of his rights.

Chauvin was convicted of second-degree unintentional murder in a Minnesota state court in April. He was also charged with third-degree murder and second-degree manslaughter.

The trial is being held in held the Warren E. Burger Federal Building in St. Paul. Proceedings are expected to last two to four weeks, according to U.S. District Judge Paul A. Magnuson.

The 18-member jury was finalized on Jan. 20. Of the 256 potential jurors, 11 women and seven men have been selected to serve in the trial. They were sworn in just after 10 A.M. Central Time on Jan. 24 by Judge Magnuson.

Kueng’s defense attorney, Thomas Plunkett asked for a mistrial, saying Trepel’s opening statement was argumentative. He said that while he acknowledged it was too early to grant his request, he wanted it on record.

An additional charge of violating Floyd’s right to be free has been filed against Kueng and Thao for allegedly not intervening in the incident despite being aware of Chauvin’s position. Lane does not face the charge. Police body camera footage recorded him asking if they should move Floyd to help ease his breathing.

Minnesota also charged the officers with unintentionally aiding and abetting a murder for their role in Floyd’s death. That trial is expected to start in June. 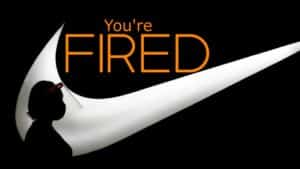