Around 100 of people, including healthcare workers, gathered outside of Pfizer headquarters on E. 42nd St. in New York City on Nov. 13. While the event was organized by New York Freedom Rally, around 75 “America First” proponents joined as well. Elad Eliahu was on the scene to speak with protesters — a number of whom wore garbage bags — about their opposition to the city’s vaccine mandates, how to effectively fight back against compelled vaccination, and whether or not comparisons to Nazi Germany are appropriate in the current climate. 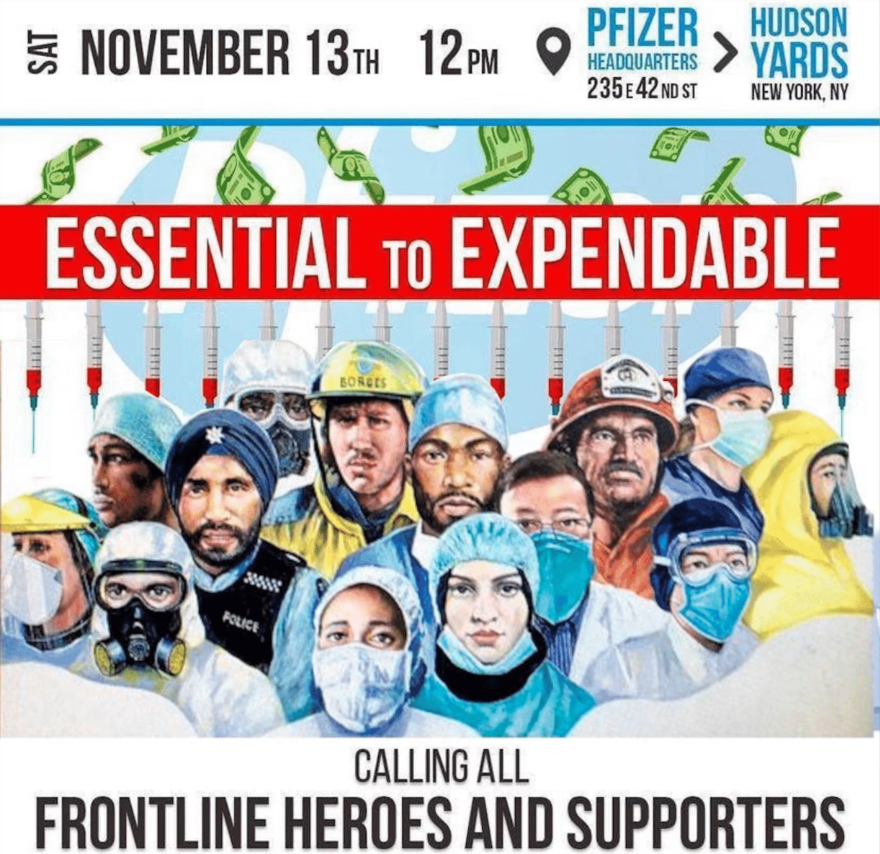 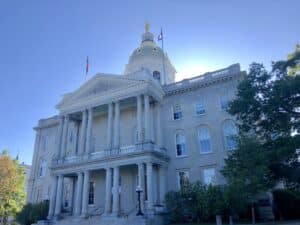