‘There’s no cognitive issues at all, but he’s recovering from a stroke so he has a disability which requires an accommodation’ said one supporter regarding the debate

U.S. Senate candidate John Fetterman was joined by Dave Matthews at a Get Out the Vote rally in Pittsburgh on Oct. 26.

Timcast was on the scene to speak with supporters about their reaction to Fetterman’s performance during the debate, whether the candidate is healthy enough to serve in office, and what core issues are on the radar for Pennsylvanian constituents. 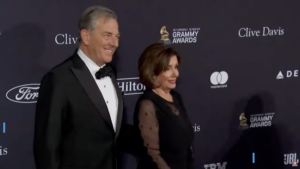