Countless Australians took to the streets of Sydney, Melbourne, and other cities over the weekend in defiance of the government’s draconian lockdown orders mandating over 80% of the entire population to remain in their homes.

At least 300 people were arrested for violating the prohibition on COVID protests.

“Australia’s police arrested 235 people in Melbourne and 32 in Sydney on Saturday at unsanctioned anti-lockdown rallies and several police officers were injured in clashes with protesters,” reports Reuters.

“About 700 people managed to gather in parts of Melbourne, as 2,000 officers made the city centre virtually a no-go zone, setting up checkpoints and barricades. Public transport and ride shares into the city were suspended,” adds the global news agency.

Chaos on the streets of Melbourne.

CFMEU members turned on their union over Coronavirus restrictions, including mandated vaccinations.

Your regular reminder that there is no such thing as government power.

When even 3-5% of the population simply says "no", government is hopelessly outnumbered.

This was a protest of lockdowns in Australia. Police told them to go home.

Police in Australia going round peoples houses because they posted about protests telling them that they’re not allowed to go pic.twitter.com/PIuj9Ovkes

Crowds of protesters now stretch from the beginning to the end of George street in #Brisbane, chanting “my body my choice” and “wake up Australia”, as the protest against Covid vaccination, masks and future lockdowns continues. Story: https://t.co/v55YZxmKnp pic.twitter.com/HsxuwBWYRC

“To anybody planning to breach public health orders and attend an illegal mass gathering this weekend, our message is clear: Don’t do it,” said an official from New South Wales (NSW) in August. 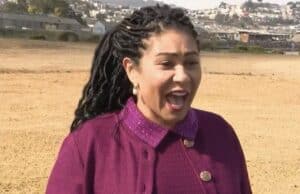