The Attorney General for the state of Washington filed a lawsuit against a coronavirus testing company for allegedly faking test results, lying to customers, and improperly storing samples.

The Illinois-based company is accused of storing COVID-19 test samples in garbage bags instead of refrigerators as well as contributing to the spread of the virus by providing false negatives.

“These sham testing centers threatened the health and safety of our communities. They must be held accountable,” Ferguson said in a statement.

The Center for COVID Controls operated 300 testing sites across the country. The company said it could provide the results of a rapid antigen test within 15 minutes and from a PCR test in 48 hours.

It operated in 13 locations in Washington, including Lakewood, Tacoma, University Place, Seattle, Bellevue, Auburn, Lynwood, Port Orchard, and Yakima. The company only had a valid business license for one of the locations.

“Former employees reported that the company was receiving between 8,000 to 10,000 tests per day, and data entry staff could not keep up,” Ferguson said. “The company’s owners refused requests to hire more staff to keep up with the demand for testing.”

He added that the corporate offices sorted the samples “with no semblance of organization” and backdated them “so that stale samples would still be processed.”

Aleya Siyaj, the company’s CEO and co-owner, and her husband Akbar Syed, the other co-owner, have not publicly commented on the lawsuit.

The Center for COVID Control shut down temporarily in January after collecting 400,000 samples from across the nation.

“CCC remains committed to providing the highest level of customer service and diagnostic quality and will not resume collection of patient samples until staffing resources permit CCC to operate at full capacity,” the company said in a statement at the time. “CCC will provide an update on reopening plans when appropriate.”

The company has since extended its operation pause without indication of when it will reopen.

Federal inspectors visited the company’s pop-up sites in Illinois, Maryland, and Wisconsin in November. They also went to a Chicago-area lab associated with the company.

According to NBC News, the inspectors found that the staff at the pop-up centers did not use timers to track COVID-19 test results. On-site staff also told inspectors that they did not follow instructions provided by the tests’ manufacturer.

Ferguson said the Center for COVID Control has billed the federal government $124 million for testing uninsured patients, although some did have health insurance.

Washington is seeking $12,500 for each infraction of the Consumer Protection Act. The state also wants the company to relinquish all profits and pay attorney and court fees. 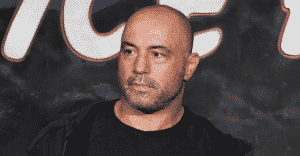 The White House Weighs In On Spotify's Rogan Controversy