A district judge previously ruled the tax was unconstitutional

Under the statewide policy, the sale of stocks, bonds and businesses are subject to a 7% excise tax. The bill was approved by the legislature and signed by Governor Jay Inslee.

The Douglas County Superior Court ruled on March 1 that SB 5096 is an unconstitutional graduated income tax.

Judge Brian Huber wrote in his decision that the Washington Supreme Court had previously ruled in 1993 in favor of a uniform 1% taxation on property.

Huber also wrote that like “an income tax and unlike an excise tax, the new tax statute includes a deduction for certain charitable donations the taxpayer has made during the tax year.”

On April 1, Attorney General Bob Ferguson made a direct appeal to the state’s Supreme Court.

“The excise tax wasn’t universally popular in the tech community because it sought to ultimately tax a common form of the industry’s compensation: stocks and stock options,” reports GeekWire. “But the tax would have narrowly applied only to capital gains of more than $250,000. And it would exempt a laundry list of other potential capital gains including real estate land and structures; retirement accounts; livestock for farming or ranching; and the sale of timber and timberlands, among other exceptions.”

Early estimates suggest the capital gains tax would have generated $415 million in 2023 when the law goes into effect.

It is unclear if the Court will take up the case. 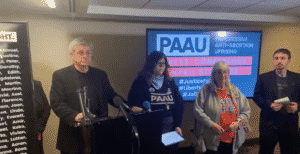