New drivers could earn between $95,000 to $110,000 according to an announcement, noting that the average annual industry salary for a long-haul truck driver is $56,491. Previously, the average starting salary for a new driver had been about $87,500. Walmart will also raise the salaries of its 12,000 current truck drivers.

The company had made repeated efforts to attract truck drivers as the COVID-19 pandemic exacerbated the preexisting shipping industry constraints.

Prior to the pandemic, the United States was already suffering from a shortage of licensed truck drivers who play a vital role in supply-chain distribution.

The American Trucking Association estimated in 2018 that the industry was short about 60,800 drivers.

The profession’s schedule is often regarded as a challenge in hiring new workers. Applicants also must be over 21 to get their commercial license and drive out of state, which forces some individuals who would be interested to pursue other careers after leaving high school.

The Department of Transportation has estimated that 300,000 truck drivers leave the industry every year.

In the summer of 2019, the National Tank Truck Carriers estimated that between 20%-25% of petroleum tank trucks were parked because of a lack of qualified drivers.

“The COVID-19 pandemic only made the driver shortage worse because training and apprenticeship programs were either closed or limited their operations,” notes CBS News.

Data from the American Trucking Associations in 2021 indicated that a record 80,000 drivers were needed to meet demand.

As a result, Walmart, the nation’s largest retailer, has courted new drivers for the last two years.

In March of 2020, the company announced it was looking to hire 500 new truck drivers on the West and East Coasts of the country

“At Walmart, drivers get weekly schedules. This means they know when they’ll be home and on the road. It’s also a source of pride to drive for one of the safest fleets on the road,” the company said in a corporate statement. “One of the biggest differences from other driving companies is Walmart drivers get paid in more ways than mileage pay. They receive training pay and activity pay for times when they are not logging miles.”

The company has also tried out automated solutions to supply chain problems. In an attempt to increase efficiency in November 2021, Walmart partnered with technology start-up Gatik to use two self-driving trucks to deliver grocery orders near its Bentonville headquarters.

Between 400 and 800 of the company’s supply-chain workers are expected to complete the training program in 2022. The company said 20 workers, from Dallas and Dover, have completed the program already. 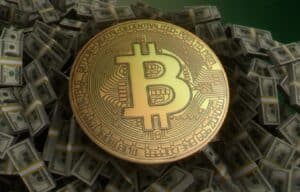