Walmart CEO Doug McMillon claims that there has been a severe uptick in shoplifting and that the company may have to increase prices or close stores if it doesn’t let up.

CEO Doug McMillon discussed the issue during an appearance on CNBC’s “Squawk Box” on Tuesday.

McMillon said that theft this year has been higher than what they have normally seen and dealt with.

“Theft is an issue. It’s higher than what it’s historically been,” McMillon said.

“If that’s not corrected over time, prices will be higher, and/or stores will close,” McMillon said. “It’s really city by city, location by location. It’s store managers working with local law enforcement and we’ve got great relationships there for the most part and that’s the way we approach it.”

McMillon did not provide an estimate of how much money the company has lost because of retail theft this year.

Target has said that thefts are up 50 percent so far this year at its stores.

“Organized retail theft could become a $600 million problem for Target by the end of the year,” Business Insider reported in November. “Executives from the Minneapolis-based retailer said Wednesday that they’re seeing hundreds of millions of dollars in profit losses due to inventory shrink, which is when stores have less product on their shelves than is recorded in their inventory. There are a number of causes for shrink — items breaking in store, employee theft, or even administrative errors — but Target blamed the losses on a primary cause: organized crime.”

Brian Cornell, Target’s CEO, said during the company’s third-quarter earnings call in November that “along with other retailers, we’ve seen a significant increase in theft and organized retail crime across our business.”

“Missing inventory has reduced Target’s gross margin by more than $400 million in 2022 compared with last year, and Target expects those profit losses to grow to $600 million by the end of the fiscal year, Target CFO Michael Fiddelke said.”

In October, dozens of retailers and industry groups including Amazon, Target, Walmart, Home Depot, Lowe’s, and Walgreens wrote a letter to congress asking for legislation that would require online marketplaces to verify the identity of a third-party seller that sells a high volume of goods, Business Insider also reported.

“This is an industrywide problem that is often driven by criminal networks, and we are collaborating with multiple stakeholders to find industrywide solutions,” he added. 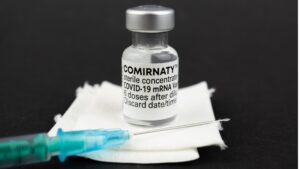