Russian President Vladimir Putin said his nation would not close itself to the world as it did under the Soviet Union.

The denouncement of a possible Iron Curtain comes after the European Union agreed to a sixth sanction package which includes an embargo on Russian oil. The sanctions are retaliation for Russia’s Feb. 24 invasion of Ukraine.

Under Putin’s leadership, Russia has focused on developing independent domestic industries and strengthened trade partnerships with India, China, and the Middle East.

“Putin says the West wants to destroy Russia, that the economic sanctions are akin to a declaration of economic war,” reports Reuters. “Ukraine says it is fighting against an imperial-style land grab and that it will never accept Russian occupation.”

Some experts have said Russia’s war with Ukraine, and the subsequent economic sanction imposed by the European Union and the United States, will ruin and positive economic progress Putin has made. In addition to the oil embargo, the international community expelled Russia’s largest banks from the SWIFT banking system – making it difficult to process foreign transactions – and froze hundreds of billions of euros in the nation’s central bank.

“The problem you have now is we’re basically in a spiral where we don’t know how many unrealized losses there are left to realize,” Maximillian Hess, a fellow at the Foreign Policy Research Institute, told CNBC. “So we still can’t rule out that the ruble could collapse.”

Other experts have argued the West’s efforts to strongarm Russia into compliance through strict economic policies are not succeeding as intended.

Larry King, the economics editor at The Guardian, wrote on June 2 that “sanctions were imposed on Vladimir Putin not because they were considered the best option, but because they were better than the other two available courses of action: doing nothing or getting involved militarily.”

King noted that when the E.U. announced its oil embargo, Russia increased its sales to China and shows no signs of withdrawing forces from Ukraine. Additionally, Europe’s gradual reduction in Russian oil imports prevents the country from experiencing a total and sudden loss in revenue.

“From the start, the Russian president has been playing a long game, waiting for the international coalition against him to fragment,” King notes. “The Kremlin thinks Russia’s threshold for economic pain is higher than the west’s, and it is probably right about that.” 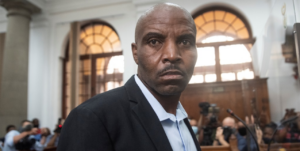