The man accused of lighting South Africa’s Parliament on fire appeared in court after prosecutors indicted him on new charges.

The red and white building was more than 130 years old when it caught fire in early January of 2022. The blaze began in the Old Assembly and spread to the General Assembly over the course of two days. The building housed decades of national art and was ultimately destroyed by the arson.

Zandile Christmas Mafe was arrested on Jan. 2 and initially charged with several crimes including arson, damaging essential infrastructure, and housebreaking with intent to steal.

During his first court appearance on Jan. 4, his defense attorney said Mafe was being made into a scapegoat for the failures of the federal branches of government.

The legal proceedings were delayed pending an evaluation of the fire and its damage.

Mafe was charged with housebreaking with intent to commit arson, arson, theft, and terrorism during a court appearance on June 9.

The terrorism charge largely stems from the reported confession Mafe made to Theron while in custody, although his defense team has repeatedly denied this allegation.

“The indictment lists charges of housebreaking with intent to commit arson and arson, terrorism and theft. It alleges that between 1 and 2 January 2022, Mafe engaged in terrorist activity by setting fire to Parliament and destroying the Old and New Assembly Buildings of Parliament,” said Eric Ntabazalila, a spokesman for the National Prosecuting Authority, per The South African.

During the proceeding, the prosecution noted that Mafe had a list of demands that, coupled with the arson, proved his intent to “intimidate, induce or cause feelings of insecurity” in the public.

Mafe’s demands included “the resignation of President Cyril Ramaphosa and Cabinet Ministers by the 8th of January 2022,” “the scrapping of TVET colleges and all other forms of higher education,” and “the abolishment of the positions of Deputy-President and Deputy Minister.”

Mafe has been denied bail three times in the months since his arrest. A judge did grant a request from his legal team to prevent his unlawful referral to a psychiatric hospital in January from being admitted in court.

“The Houses of Parliament stood witness to debates concerning the South African Anglo-Boer War, World War I, World War II and the political changing of the guard, from the United Party of General Jan Smuts to the National Party, whose brainchild was the loathed apartheid system,” according to South Africa Tourism.

A pre-trial hearing is currently scheduled for Aug. 12 in the Western Cape High Court. 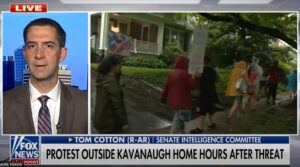