Republican Senator Tom Cotton is demanding that Attorney General Merrick Garland “resign in disgrace” or be impeached over protests at the homes of conservative Supreme Court justices.

Sen. Cotton made the remarks during Thursday’s episode of America’s Newsroom on Fox News.

“There’s an explicit federal law against protesting in front of the homes of judges or jurors,” the senator declared. “Yet again, the feckless and hapless Attorney General Merrick Garland did nothing even though he had advance knowledge.”

Cotton continued, “he should resign in disgrace. And if he won’t resign in disgrace, then we should start impeachment proceedings against him in January when we are in control of Congress. Because the rule of law in this country must be enforced evenly, irrespective of one’s political parties and views.”

The Arkansas senator was likely referring to 18 U.S.C. § 1507, which prohibits “pickets or parades in or near a building housing a court of the United States, or in or near a building or residence occupied or used by such judge, juror, witness, or court officer” are prohibited when done with the intent “of interfering with, obstructing, or impeding the administration of justice.”

There have been numerous protests at the homes of conservative Supreme Court Justices since their home addresses were posted online by pro-abortion activists after the draft opinion to overturn Roe v. Wade was leaked to Politico.

Tom Cotton refers to the guy who was arrested for threatening Kavanaugh as a “Democratic hitman” pic.twitter.com/Qx1732Ph2M

Protesters even showed up at the home of Justice Brett Kavanaugh on June 8, hours after a man was arrested for an alleged assassination plot. The 26-year-old California man was armed with a gun, knife, and pepper spray. He told law enforcement that he had traveled to Justice Kavanaugh’s Maryland home with the intent of breaking in, killing him, then killing himself. He was reportedly deterred when he spotted US Marshals outside the home.

The suspect claimed that he was angered over the Roe v. Wade leak and the school shooting in Uvalde, Texas.

The maximum penalty for protests at the homes of the justices appears to be one year in jail, a misdemeanor. 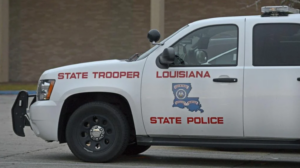