A Virginia Democrat is reintroducing legislation that will allow parents to be held criminally liable if they do not validate a child’s gender identity or sexual orientation.

The bill, sponsored by Elizabeth Guzman, expands the state’s definitions of “child abuse” and “neglect” to make it either a felony or misdemeanor for a parent to not affirm their child’s gender identity.

Guzman said in an interview with a local news affiliate that there would be an investigation from a social worker and from the police “before we make the decision that there’s going to be a CPS charge.”

🚨🚨🚨🧵Virginia Democrats to introduce legislation that would allow parents who don’t affirm their child’s “gender identity” to be criminally prosecuted. 1/pic.twitter.com/EO6HdXWmi5

According to The National Review (NR) her legislation is being reintroduced in response to Governor Glenn Younkin’s recent initiatives to provide parents with greater control over “whether and how” children transition gender.

NR reported that Guzman was questioned by a local reporter who asked if her proposed legislation was criminalizing parents.

“No, it’s not. It’s educating parents because the law tells you the do’s and don’ts,” Guzman said. “So this law is telling you do not abuse your children because they are LGBTQ.”

Guzman also staunchly opposed the idea that her bill violates free speech or religious freedom. “The Bible says to accept everyone for who they are. So that’s what I tell them when they asked me that question, and that’s what I will continue to tell people,” she said.

The bill was originally introduced in January 2020, and did not make it out of committee. 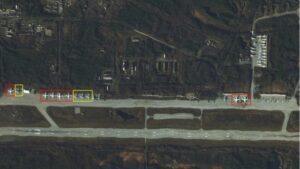