Lingerie retailer Victoria’s Secret debuted a new collaboration with a black transgender model on the first day of February.

Emira D’Spain, a popular TikTok creator and the beauty director at Paper magazine, shared a video to her 10 million followers on Feb. 1 styling various lingerie and sleepwear pieces from the brand.

On the same day, D’Spain shared a photo of herself wearing a red Victoria Secret corset on Instagram.

“Honored to be the first black trans girl working with @victoriassecret,” D’Spain wrote in the caption. “As a kid I only DREAMED of being a part of Victoria’s Secret.”

The digital creator said she was following the “legacy” established by Valentina Sampaio — a Brazilian transgender model Victoria’s Secret hired in 2019 — “on the first day of black history month.”

D’Spain’s work with the brand is the latest in an ongoing effort from Victoria’s Secret to win back public favor following controversial remarks from former L Brands’ chief marketing officer Ed Razek. Brands was the umbrella company that included Victoria Secret Lingerie, Beauty, and PINK.

Razek told Vogue in 2018 that the brand had no intentions of working with transgender or plus-sized models.

He stepped down in 2019 and apologized for his comments.

Victoria’s Secret has since split off and become its own stand-alone firm.

Current chief executive officer Martin Waters said the brand intends to be “the world’s biggest and best advocate for women.”

In 2021, the company dropped its traditional Angels and launched the VS Collective. The collective is a group of seven women — including Sampaio, professional soccer player Megan Rapinoe, and actress Priyanka Chopra Jones — who will tell their stories in the brand’s new campaign.

“I am humbled to join this group of incredible women to drive change within the Victoria’s Secret brand and beyond,” said Rapinoe of her involvement in a press statement. “So often I felt myself on the outside looking in with brands in the beauty and fashion industry, and I’m thrilled to be creating a space that sees the true spectrum of ALL women.”

Victoria’s Secret also pledged to fund $5 million in grants and awards to “examine and address racial and gender inequities and unlock new innovations that improve cancer outcomes for all women,” per Fashionista.com.

This month, Victoria’s Secret said in an Instagram post that the company “is excited to recognize February as a time to acknowledge Black women.”

“Throughout the month, we’ll spotlight associates, business leaders, advocates and industry trendsetters who motivate us each and every day,” said the lingerie company. 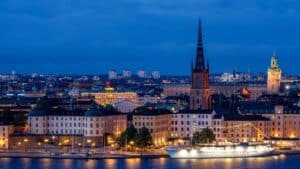