A veteran is suing the Department of Defense for not providing medical gender transition services to his offspring.

The anonymous man’s 21-year-old offspring identifies as a transgender female. The lawsuit was filed on the plaintiffs’ behalf by the Boston-based legal advocacy group GLBTQ Legal Advocates & Defenders.

According to court filings, the veteran’s offspring has been diagnosed with gender dysphoria and requires treatment. The individual, who is in college, receives health benefits as a dependent on the veteran’s TRICARE Health Plan. The veteran has served in both the Air Force and the Marine Corps for over 23 years and reportedly provides at least 50% of the dependent’s financial support.

The lawsuit challenges a 1976 federal statues that “mandates the categorical exclusion of all surgical treatments for gender transition in the military’s medical coverage for eligible dependents of servicemembers.”

The statute – 10 U.S. C. Sec. 1079 (a)(11) – states “surgery which improves physical appearance but is not expected to significantly restore functions (including mammary augmentation, face lifts, and sex gender changes) may not be provided.” Permissible exceptions include breast reconstruction after a mastectomy, neoplastic surgery, and “reconstructive surgery to correct serious deformities caused by congenital anomalies or accidental injuries.”

The veteran and his offspring contend their Constitutional rights to Equal Protection and Due Process have been violated. The dependent, who was referred to as Jane Doe, has reportedly socially transitioned, takes hormones, and was granted a legal name change and new birth certificate gender markers.

Because of the federal regulation, the family’s health care plan would not cover the costs of laser hair removal and electrolysis to eliminate visible male facial hair, as well as facial feminization and voice feminization surgeries.

The plan will also not cover a vaginoplasty, “a multi-stage process during which surgeons construct female genitalia,” which the individual’s doctors have deemed “medically necessary.”

“Gender dysphoria is a serious medical condition that requires treatment,” the lawsuit states. “Gender transition surgeries are critical treatments for gender dysphoria and are recognized as medically necessary by scores of authoritative professional medical associations.”

GLBTQ Legal Advocates & Defenders also argue in the documents that the Department of Defense provides “health coverage for gender affirming surgeries for active-duty military personnel” and therefore should be obligated to provide identical care to military dependents.

“Gender dysphoria is highly treatable and can be ameliorated or cured through medical treatment,” the lawsuit adds. “Without treatment, individuals with gender dysphoria experience a range of debilitating psychological symptoms such as anxiety, depression, suicidality, and other attendant mental health issues.”

Defense Secretary Lloyd Austin was named among the defendants because he “oversees the administration of TRICARE and, as such, he has a duty to ensure that TRICARE is administered properly in accordance with the Constitution and the laws of the United States.” The lawsuit was filed in the District Court for the District of Maine, where the plaintiff and his dependent reside. 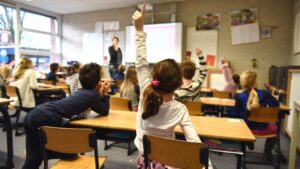