As in-person learning was suspended, forced masking policies were ubiquitous, and parents overseeing their children’s remote learning caught a glimpse into classroom content, education policy enacted during the 2020 pandemic drove an exodus from public schools.

Families fleeing public school institutions often chose charter schools, increasing enrollment for the 2020-21 school year. A new study has found that the shift from public schools to charter schools was not a single-year anomaly, but a trend that still continues.

The National Alliance for Public Charter Schools (NAPCS) found that the first full school year during the pandemic saw charter school enrollment increase by nearly 240,000 students, while public schools lost 1.4 million students. Charters were the only schools whose enrollment increased.

“The numbers in this report are more sobering than celebratory. Although the National Alliance advocates on behalf of charter schools, we too are part of the overall public school ecosystem,” NAPCS says. “We take no joy in this mass exodus from district schools.”

NAPCS researchers conclude that the bigger takeaway is that the U.S. is undergoing a “parent revolution spurred by the pandemic” that is likely here to stay for the long-term.

“In communities across America, families are clamoring for something other than the school their children are zoned to attend,” the report finds.

“Most parents are not education experts, but they know a good school when they see one. They also know a not-so-great school when they see one,” NAPCS says. “That’s why a global health emergency might have been the impetus for making a change, but things will never go back to the ‘old normal.’ Families are not re-enrolling their children in schools that never really met their needs in the first place.” 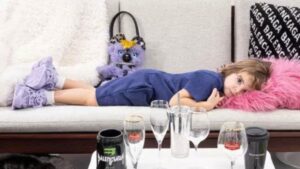