The water superintendent of a Vermont town who kept fluoride levels at a minimum resigned rather than alter the water supply.

Kendall Chamberlin, the water superintendent of Richmond, submitted a five-page resignation letter on Oct. 17. He said the town’s fluoride has not been in the state-recommended range for more than ten years – significantly more than the four years the Vermont government had recently reported.

When the news of the fluoride level broke, Richmond officials said they would increase the fluoridization to be within the state’s levels.

“I cannot in good conscience be a party to this,” Chamberlain wrote in his letter.

Chamberlain stated he believes the fluoride policy is not scientifically sound and has  “unacceptable risks to public health.”

“Unfortunately, you have decided to implement a fluoridation policy which I do not believe is legally required, scientifically sound, or authorized by the Water and Sewer Commission,” he stated.

Vermont’s water supply rule does not mandate towns add fluoride to their drinking water. Public water systems that do “for dental health” are required to keep levels between 1.0 to 1.6 parts per million and must be tested daily.

“It is important to recognize that the maximum allowable levels reflect the fact that fluoride is a toxic chemical,” Chamberlain wrote.

Chamberlain said that in 2011, the Vermont Department of Environmental Conservation, following the recommendation from the US Department of Health and Human Services and the EPA, advised decreasing the maximum amount of fluoride in the water and revising the water supply rule. The rule, however, was never updated and remained above the new 0.7ppm level recommended by the agencies. Chamberlain also noted that agencies did not require a mandatory minimum level for fluoridization.

“Obviously, continuing to fluoridate within the range provided by the Water Supply Rule would not have been consistent with my duty to exercise reasonable care judgment for the protection of public health, public safety, and the environment,” Chamberlain wrote.

Since 2011, Chamberlain had been fluoridating the town’s water system at 0.3 mg/L, a level he said the VDH recognized “to be at or near the lowest level presently considered to be beneficial to public health, and to rely upon the healthcare providers to determine whether any supplementation is advisable for their patients.”

During his thirty years as water supervisor, Chamberlain says he accurately measured the water’s fluoride levels daily and submitted monthly reports to the town manager and two state agencies. He said in his letter he never received a negative performance review.

“The addition of fluoride to public drinking water systems has been routine in communities across the United States since the 1940s and 1950s,” reports AP News. “Many U.S. municipalities and other countries don’t fluoridate water for a variety of reasons, including opposition, feasibility and the ability to get fluoride other ways. Critics assert that the health effects of fluoride aren’t fully known and that adding it to municipal water can amount to an unwanted medication; some communities in recent years have ended the practice.”

“Fluoride is not mandated; it is voluntary and 100% paid for by the State. I am not against it, but I think the customers really should have a say,” he said, according to the meeting’s minutes.

He added: “Too much fluoride is not beneficial for tooth decay either. The customers should have a referendum and make a decision.” 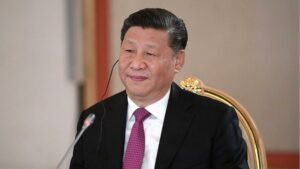