VAX or AX: CNN Fires Three Employees For ‘Going to the Office Unvaccinated’

CNN reportedly fired three employees this week for violating the company’s COVID-19 policies when they showed up to work unvaccinated.

“CNN said on Thursday that it had fired three employees who violated its coronavirus safety protocols by going to the office unvaccinated, one of the first known examples of a major American corporation’s terminating workers for ignoring a workplace vaccination mandate,” reports the NY Times.

“CNN had said this year that employees would need to be vaccinated against the virus in order to return to its American offices. The network has been relying on an honor system rather than requiring proof of vaccination status,” adds the newspaper.

“In the past week, we have been made aware of three employees who were coming to the office unvaccinated. All three have been terminated,” CNN’s president, Jeff Zucker, wrote in a memo to workers. “Let me be clear — we have a zero-tolerance policy on this.”

“We expect that in the weeks ahead, showing proof of vaccination may become a formal part [of work],” he added.

CNN fired three employees who violated its Covid safety protocols by going to the office unvaccinated, the company said Thursday. It's one of the first known examples of a major U.S. corporation terminating workers for ignoring a workplace vaccine mandate. https://t.co/wgkh1Pwy9i

“When you hear those words, I want you to imagine the notion that, because someone’s vaccinated, they can do all the amazing things that are available in this city,” Mayor Bill de Blasio said.

“The only reason we’re having this recovery is vaccination. So it’s time. And this is going to send that message clearly,” he added. 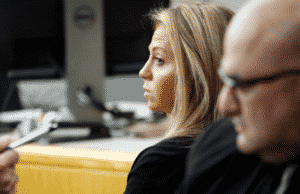 5 responses to “VAX or AX: CNN Fires Three Employees For ‘Going to the Office Unvaccinated’”