The Uvalde Consolidated Independent School District announced on Friday that they have suspended the entire police force.

Two school officials have also been placed on administrative leave.

“The District has made the decision to suspend all activities of the Uvalde CISD Police Department for a period of time. Officers currently employed will fill other roles in the district,” the district said in a statement on Friday.

The district also announced that Lt. Miguel Hernandez and director of student services Ken Mueller were placed on administrative leave.

Mueller has decided to retire.

“As a result of recent developments, Lt. Miguel Hernandez and Ken Mueller have been placed on administrative leave, and the district has made the decision to suspend all activities of the Uvalde CISD Police Department for a period of time,” a statement from the district said.

Texas Department of Public Safety troopers will replace the Uvalde CISD Police Department and provide security for the schools.

“The District has requested the Texas Department of Public Safety to provide additional troopers for campus and extra-curricular activities,” the statement added. “We are confident that staff and student safety will not be compromised during this transition.”

CNN appears to be taking credit for the changes, reporting that, “the moves come in the wake of a CNN report Wednesday which identified newly hired Uvalde school officer Crimson Elizondo as one of the state troopers under investigation for her actions during the response to the Robb Elementary School massacre in May.”

“The school district issued a statement on Thursday, following CNN’s report, announcing Elizondo’s termination,” CNN’s article continued. “In the wake of the CNN report, the school district superintendent told staff of his intention to retire.”

On May 24, a mass shooting occurred at Robb Elementary School in Uvalde. The attack left 19 children and two teachers dead.

Elizondo, according to the network, was one of the first officers to arrive at the school.

The police department’s response has been under heavy scrutiny, as the 91 DPS officers who responded to the scene waited 74 minutes before breaching the classroom where the shooter was holed up with his victims.

As the shooter committed his killing spree without confrontation, officers outside the school clashed with frightened parents who were trying to get into the building to save their children. 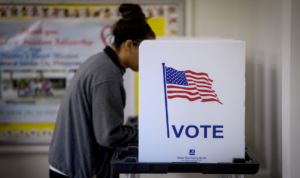