A prominent billionaire has left The Church of Jesus Christ of Latter-day Saints and is shaming them for allegedly hindering “global progress in women’s rights, civil rights, and racial equality, and LGBTQ+ rights.”

Jeff T. Green, the CEO and chairman of The Trade Desk, additionally pledged to donate 90% of his estimated $5 billion fortune to charities involved with the social issues he claims that the Mormon Church has hurt progress on.

Green is believed to be the wealthiest person from Utah, though he now lives in California.

According to a report from the Salt Lake Tribune, Green is starting his donations with $600,000 to the LGBTQ organization Equality Utah.

“Although I have deep love for many Mormons and gratitude for many things that have come into my life through Mormonism, I have not considered myself a member for many years, and I’d like to make clear to you and others that I am not a member,” Green wrote in a letter to church President Russell M. Nelson, which was obtained by the Tribune. “While I left the Mormon church more than a decade ago — not believing, attending, or practicing — I have not officially requested the removal of my records, until now.”

Green continued on to say that while most members “are good people trying to do right, I believe the church is actively and currently doing harm in the world. The church leadership is not honest about its history, its finances, and its advocacy.”

“I believe the Mormon church has hindered global progress in women’s rights, civil rights and racial equality, and LGBTQ+ rights,” the letter stated.

Green also expressed concern about the billions of dollars that the church currently has, saying that “this money comes from people, often poor, who wholeheartedly believe you represent the will of Jesus. They give, expecting the blessings of heaven.”

The Associated Press reports that in November, high-ranking leader of the LDS Dallin Oaks called for a recognition of both religious rights and LGBTQ rights.

“In recent years, though, the faith has worked with the NAACP and donated nearly $10 million for initiatives to help Black Americans. It has also worked with Equality Utah to pass a state LGBTQ nondiscrimination law, with religious exemptions,” the AP report explains. 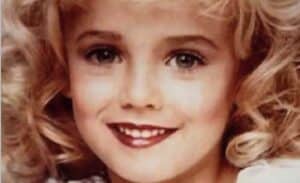