Colorado police are looking at genetic DNA testing to solve the JonBenet Ramsey case as the 25th anniversary of her murder approaches.

This week, the Boulder Police Department issued a statement about the cold case saying that they have processed more than 1,500 pieces of evidence related to the murder — and nearly 1,000 DNA samples.

“JonBenet was 6 years old when she was reported missing on Dec. 26, 1996, after her family reported finding a ransom note inside their home in the 700 block of 15th Street. Her body was found in a basement room, and a later autopsy revealed that the cause of her death was strangulation,” the press release stated. “As of December 2021, that evidence has included the analysis of nearly 1,000 DNA samples.”

Additionally, the department said that the BPD Major Crimes Unit has “received, reviewed or investigated more than 21,016 tips, letters and emails and detectives have traveled to 19 states to interview or speak with more than 1,000 individuals in connection to this crime.”

The shocking case has held the public’s interest for a quarter of a century. There have been dozens of theories, but none that have panned out.

Initially, the Boulder Police had focused on the parents, John and Patsy Ramsey — but her older brother Burke, who was just nine years old at the time of her death, also became a subject of suspicion in tabloids and documentaries, including The Case of: JonBenét Ramsey which aired on CBS in 2016.

Burke Ramsey filed defamation lawsuits against the network, producers, and several people involved in the discussion.

Other theories place suspicion on the man who played Santa Claus at the family’s holiday party, the former housekeeper, and a local man who committed suicide shortly after the child’s death.

In 2006, a man named John Mark Karr, who now identifies as a woman, confessed to the murder, but police could not link him to the crime.

Though none of the leads or theories have brought closure to the case, police have not given up.

“Thanks to the huge advances in DNA technology, multiple suspects have been run through the system to check for matches. CBI has updated over 750 reference samples with the latest DNA technology. The Boulder Police Department works closely with CBI on future DNA advancements,” the BPD statement said. “Additionally, Boulder Police have worked with CBI to ensure the DNA in the system can be compared correctly to new DNA samples that have been uploaded to ensure accuracy.”

The department said they still regularly run the DNA to check it against new samples in the system and are using new technology “to enhance the investigation.” They added that they are “actively reviewing genetic DNA testing processes to see if those can be applied to this case moving forward.” 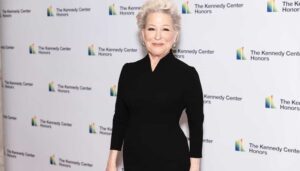