The US is sending thousands of troops to Australia as tension rises between the Land Down Under and China.

A rotating US Marine force of up to 2,000 troops will be stationed in the Northern Territory.

“It is a key way we increase regional co-operation with partners in the Indo-Pacific,” Colonel Constable told the Australian Associated Press. “Together we conduct a comprehensive range of training activities including humanitarian assistance, security operations, and high-end live-fire exercises.”

According to a report from the Daily Mail, the deployed soldiers are specifically trained in surface-to-air missile systems, High Mobility Artillery Rockets and unmanned aircraft.

“It is the 11th deployment to the Top End and for the first time will include 250 US Army personnel, the Australian Defence Force announced,” per the report. “The contingent is part of an ongoing US initiative in the Indo-Pacific region to prepare for a possible Chinese invasion of Taiwan in coming years.”

In September, Defence Minister Peter Dutton warned that a war with China “shouldn’t be discounted.”

Speaking at the US Studies Centre on Wednesday, Dutton said that he is concerned Beijing will try to take Taiwan while all eyes are on Ukraine.

“There are actors within our own region who may see the war in Ukraine as a useful distraction and indeed an opportunity to pursue their own actions of aggression or coercion,” he said. “This threat of course chiefly emanates from Beijing which has its own openly stated territorial ambitions and which recently entered a no limits cooperative partnership with the Kremlin at a time when the rest of the world was pulling away.”

Dutton added that the Chinese Communist Party may see the conflict between Russia and Ukraine as “a useful distraction and an opportunity to pursue their own acts of aggression and coercion.”

“This threat emanates chiefly from Beijing, which has its own openly stated territorial ambitions, and which recently entered a ’no-limits’ cooperative partnership with the Kremlin,” he continued.

While never explicitly saying that Australia would take on China to defend Taiwan, Dutton said that the nation needs to be prepared — and that they would support the US if they chose to take action.

“We need to make sure that there is a high level of preparedness, a greater sense of deterrence by our capability, and that is how we put our country in a position of strength,” he said.

“It would be inconceivable that we wouldn’t support the US in an action if the US chose to take that action. And again, I think we should be very frank and honest about that, look at all of the facts and circumstances without pre-committing, and maybe there are circumstances where we wouldn’t take up that option. I can’t conceive of those circumstances.”

Chinese government-controlled media has previously stated that Australia would be subject to a “heavy attack” if they came to the defense of Taiwan.

“If Australian troops come to fight in the Taiwan Straits, it is unimaginable that China won’t carry out a heavy attack on them and the Australian military facilities that support them,” editor-in-chief of The Global Times Hu Xijin wrote on Twitter in November, according to a report from News.co.au. “So Australia (had) better be prepared to sacrifice for Taiwan island and the US.” 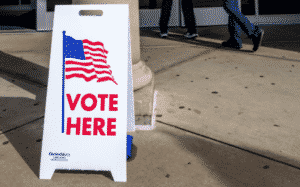