Movie producer Bettina Sofia Viviano-Langlais was set to host the fundraiser at her Dallas-area home on Oct. 16. Her Twitter profile caught media attention earlier this week because she used an image of syringes arranged in the shape of a swastika as her profile photo.

Viviano-Langlais “has a history of controversial media posts,”  wrote The Atlanta Consitution-Journal, the first outlet to cover the photo. The publication noted the producer and her husband “also held a ‘Texas is Now Open’ mask-burning bonfire party at their home in March. Several former Trump campaign staffers were billed as speakers for the night, with the symbolic bonfire at the end.”

The Walker campaign initially said the photo was “clearly an anti-mandatory vaccination graphic [and] Herschel unequivocally opposes anti-semitism and bigotry of all kinds.”

Eventually, the event was canceled altogether.

“Herschel is a strong friend of Israel and the Jewish community and opposes hatred and bigotry of all forms. Despite the fact that the apparent intent behind the graphic was to condemn government vaccine mandates, the symbol used is very offensive and does not reflect the values of Herschel Walker or his campaign,” campaign spokesperson Mallory Blount told The Hill.

Walker is challenging Sen. Raphael Warnock (D-Ga.). Warnock is running for his first full term in office after taking over Sen. Johnny Isakson’s term, who resigned in 2019 due to citing health concerns.

According to The Hill, “the Georgia Senate race is among the most competitive in the nation, with Republicans viewing it as a top pick-up opportunity and a lynchpin in their strategy to take over the upper chamber, which is currently split 50-50.”

A Georgia native, Walker is a widely recognized figure in the state. He played college football for the University of Georgia and was inducted into the College Football Hall of Fame in 1999. During his career with the National Football League, he played with the Minnesota Vikings, the Philidelphia Eagles, and the New York Giants before retiring in 1997.

Despite living in Dallas since he left the NFL, Walker registered to vote in Georgia in August of 2021, the same month he announced his candidacy for the Senate.

Former President Donald Trump expressed his support for Walker in a statement, calling him “unstoppable” and “a GREAT person.” 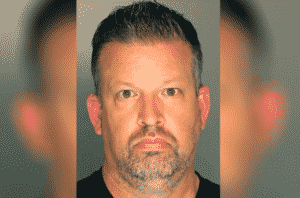