Wisconsin Department of Health Services has reported the first death in the US from the mysterious pediatric hepatitis outbreak happening worldwide.

Cases of the strange pediatric hepatitis have been reported in the United Kingdom, Spain, Israel, the United States, Denmark, Ireland, The Netherlands, Italy, Norway, France, Romania, and Belgium.

Children between the ages of two to five appear to be effected the most severely.

“From November 2021 to February 2022, clinicians at a large children’s hospital in Alabama identified nine pediatric patients with significant liver injury, including three with acute liver failure, who also tested positive for adenovirus. All children were previously healthy. All five of the nine specimens that were sequenced had adenovirus type 41 infection identified. Two patients required liver transplant; no patients died,” the Wisconsin DHS said in an alert.

The alert continued, “since being notified of this adenovirus-associated hepatitis cluster, DHS is now investigating at least four similar cases among children in Wisconsin. This includes two children who had severe outcomes, one liver transplant, and one fatality.”

Health investigators in the UK have speculated that since the typical viruses that cause hepatitis have not been detected, it may be being spread through a common adenovirus.

Adenoviruses typically cause a range of mild to medium symptoms including common cold or flu-like symptoms, fever, sore throat, acute bronchitis, or pneumonia. They are spread by close personal contact, respiratory droplets, and fomites.

“Adenovirus has been detected in at least 74 cases, and of the number of cases with information on molecular testing, 18 have been identified as F type 41. SARS-CoV-2 was identified in 20 cases of those that were tested. Furthermore, 19 were detected with a SARS-CoV-2 and adenovirus co-infection,” according to an April 23 report from the World Health Organization.

The report states that the “vast majority” of cases are in children who did not receive the COVID-19 vaccine.

“Factors such as increased susceptibility amongst young children following a lower level of circulation of adenovirus during the COVID-19 pandemic, the potential emergence of a novel adenovirus, as well as SARS-CoV-2 co-infection, need to be further investigated,” the report stated. “Hypotheses related to side effects from the COVID-19 vaccines are currently not supported as the vast majority of affected children did not receive COVID-19 vaccination. Other infectious and non-infectious explanations need to be excluded to fully assess and manage the risk.”

In addition to Wisconsin, the outbreak has also hit Alabama, Illinois, and North Carolina — and none of those infected had any relation to one another.

In Alabama, there have been nine confirmed cases in children aged one to six years old, with two needing liver transplants. In the two cases in North Carolina, both children recovered without needing transplants. One child, under the age of ten, required a transplant in the Chicago suburbs.

Globally, WHO has tracked 169 cases of acute hepatitis of unknown etiology, in children between the ages of one month and 16 years old, with approximately 10% requiring liver transplants and at least one death. 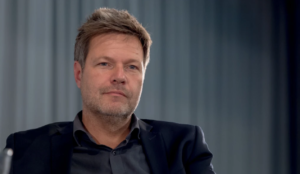