As the United States military struggles to recruit new talent, the U.S. Navy is now offering up to $115,000 in enlistment bonuses and loan repayment.

“If you are a Sailor, Marine, Airman, Soldier, Guardian, or Coast-Guardsman who recently separated, this is an opportunity without precedent,” said Rear Adm. Lex Walker, Commander Navy Recruiting Command. “And if you have student loan debt, you could be eligible for the Loan Repayment Program if you ship in any month of any fiscal year while the program remains active.”

The Navy is offering $10,000 to $25,000 for recruits who are willing to start boot camp between now and the end of September.

“The maximum current enlistment bonus is $50,000, and the maximum loan repayment is $65,000,” Rear Adm. Walker said. “They are not mutually exclusive, so if a Future Sailor maximizes both, that adds up to a life-altering $115,000, and the opportunity to serve in the world’s finest Navy.”

The Washington Post reported Aug. 8 that the Pentagon is still 15 percent shy of its recruiting goal for this fiscal year, which has only two months remaining.

“The propensity to serve is not always as strong as we’d like it to be, and quite frankly, an uncomfortably large number of young Americans aren’t able to meet the entry requirements,” Pentagon Press Secretary John Kirby said. “Then add to that COVID, which impacted our recruiters’ ability to get face-to-face contact with young men and women. All of that has combined to make it a challenging recruiting environment.”

Earlier in the year, Chief of Naval Operations Adm. Mike Gilday told Congress that the Navy should make its recruiting goal for this year, but that there could be more challenges to hitting that goal in the future, particularly when it comes to recruiting candidates with cyber experience.

“The challenge that has affected us all is the competition for our military and civilian talent, and that of our reserve market,” CAPT Karen Muntean, Commander of NRRC said in a statement. “This competitive employment market has forced us to think about short and long term organizational structures that make sense.” 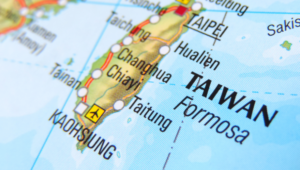