Following  a second congressional delegation meeting with Taiwanese officials this weekend, China has announced a second round of military drills in the area surrounding Taiwan.

“The group will meet with elected leaders and members of the private sector to discuss shared interests including reducing tensions in the Taiwan Strait and expanding economic cooperation,” Markey’s office said in an official statement on the nature of the trip.

The “sea and airspace” around Taiwan will once again be filled with military drills conducted by China’s eastern theater command in response to the visit by the American legislators.

The exercises are meant to deter Taiwanese and American officials from coordinating according to an official statement made by the Eastern Theater Command:

Colonel Shi Yi, a spokesman for the Eastern Theater Command, said that on August 15, the Chinese People’s Liberation Army Eastern Theater Command organized a multi-service joint combat readiness patrol and an actual combat drill in the sea and airspace around Taiwan Island. This is a solemn deterrent against the US and Taiwan continuing to play political tricks and undermine peace and stability across the Taiwan Strait. The theater forces will take all necessary measures to resolutely defend national sovereignty and peace and stability in the Taiwan Strait. (Machine Translated)

The Chinese Ministry of Defense also issued a statement describing the continued relations between the island nation and American legislators as a provocation:

This flagrantly violates the one-China principle and the three Sino-US joint communiques, violates China’s sovereignty and territorial integrity, sends a wrong signal to the “Taiwan independence” separatist forces, and fully exposes the true face of the US as a disruptor and destroyer of peace and stability in the Taiwan Strait. The Eastern Theater Command of the Chinese People’s Liberation Army organized a multi-army joint combat readiness patrol and an actual combat drill in the sea and airspace around Taiwan Island, which is a resolute response and a solemn deterrent to the US-Taiwan collusion and provocation. (MT) 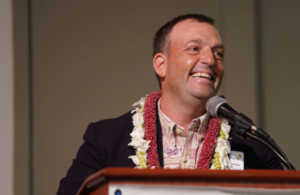