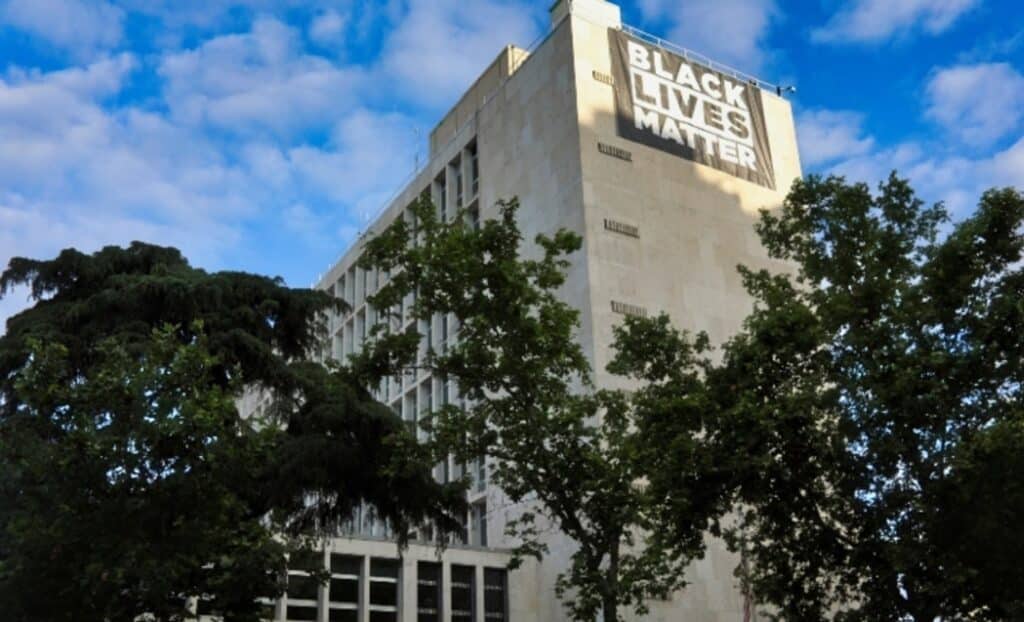 The US Embassy in Madrid has confirmed to Timcast.com that they will be flying a Black Lives Matter flag on their building until June 19.

The embassy responded to an inquiry about the flag from Timcast.com by saying that “the banner went up on May 25 and will be displayed through Juneteenth.”

The flag was hoisted on the embassy on May 25, to honor George Floyd.

“To mark the one-year anniversary of the murder of George Floyd, and to stand in solidarity with members of Black communities in the United Statesand around the world, the U.S. Embassy in Madrid displayed a banner today on our building’s façade affirming that Black Lives Matter,” a statement posted to the embassy website read.

Upon raising the banner, Chargé d’Affaires Conrad Tribble said “Conversations about race are seldom easy, but they are important and necessary. On this sad anniversary, we must make a clear statement that every human being is entitled to live freely and without fear of discrimination or violence. The United States has a long history of dealing with traumas like this one by pushing forward positive change. As we do so, we must acknowledge the reality that the United States is still a work in progress and there is still much work to be done.”

Additionally, they wrote that “members of the Embassy community will participate in nine minutes and 29 seconds of silence to honor the lives of George Floyd and others who have suffered from racism. During this silent period, community members were invited to recommit to a shared purpose in advancing positive change together as individuals, as a diplomatic mission, and as a country.”

The embassy did not comment on our question about why they believe it to be appropriate for a US Embassy to promote a partisan political movement that caused so much violence in cities across the nation throughout the summer of 2020. 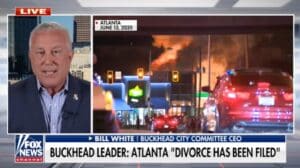 Wealthy Atlanta Suburb Files For Secession From City, Wants to Create Their Own Police Force