US Embassy in Kyiv Will Resume Operations

The State Department evacuated the embassy on Feb. 12 prior to Russia's invasion of Ukraine

The United States will resume its diplomatic operations in the capital of Ukraine approximately 11 weeks after Russia’s invasion.

Secretary of State Antony Blinken announced the American embassy in Kyiv would return to its operations on May 18.

“We reaffirm our commitment to the people and government of Ukraine, and we look forward to carrying out our mission from the U.S. Embassy in Kyiv,” Blinken said in a statement.

The State Department ordered the embassy to evacuate on Feb. 12, almost two weeks before the conflict officially began. American citizens were advised not to travel to the area and anyone in the country was told to immediately depart. The following day, all consular services were stopped at the embassy.

Operations were scaled down and moved to Lviv, a city in the western region of Ukraine. The Department declined to specify how many people would remain at the satellite operation, per The Hill.

Embassy staff was later evacuated from Lviv after fighting between Russian and Ukrainian forces intensified.

“Three months ago, we lowered our flag over the U.S. Embassy in Kyiv, Ukraine, just days before Russian forces streamed across Ukraine’s border to carry out President Putin’s unprovoked, unjustified war of choice,” Blinken said in his announcement.

Blinken said that despite the relocation, the U.S. continued to engage with and support “the Ukrainian people, government, and civil society as well as our allies and partners.”

“We underscored our commitment to Ukraine’s sovereignty and territorial integrity, pledged to continue our assistance, and started working toward the day we could return to Kyiv,” the secretary of state added. “We stand proudly with, and continue to support, the government and people of Ukraine as they defend their country from the Kremlin’s brutal war of aggression.”

Blinken acknowledged that the “war rages on” but strove to underscore American dedication to aiding Ukraine.

Senator Jerry Moran of Kansas and Senator Steve Daines of Montana urged Blinken to reopen the embassy at the end of April to “symbolically affirm” the government’s commitment to Ukraine.

“With Ukraine’s successful defense of Kyiv and Russia’s subsequent withdrawal of forces from the areas surrounding the capital, we encourage you to fully open the United States embassy without delay,” the senators wrote in a letter reported by Fox News. “America’s restored diplomatic presence in Kyiv will enhance cooperation with a democratic partner as it wages an existential defense and symbolically affirm our nation’s commitment to Ukraine’s territorial sovereignty.”

A small group of American diplomats returned to the Kyiv embassy on May 8.

The embassy is subject to additional safety measures and security protocols to protect staff. 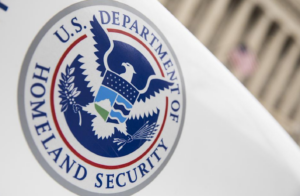