An appeals court in San Francisco ruled the Miss USA pageant does not have to admit transgender competitors to its pageant.

The Ninth Circuit Court of Appeals found that forcing the pageant operator, Miss United States of America LLC, to meet such a requirement would prevent the organization from freely expressing its “ideal vision of American womanhood” and therein violate the First Amendment.

“The First Amendment, which ensures that ‘Congress shall make no law . . . abridging the freedom of speech,’ extends its protections to theatrical productions. Beauty pageants fall comfortably within this ambit,” the court stated, following a 2-1 summary judgment from a panel of judges. “The panel held that the Pageant’s message cannot be divorced from the Pageant’s selection and evaluation of contestants. The Pageant would not be able to communicate ‘the celebration of biological women’ if it were forced to allow Green to participate.”

“The panel concluded that forcing the pageant to accept Green as a participant would fundamentally alter the Pageant’s expressive message in direct violation of the First Amendment,” the summary states.

Miss USA was sued in 2019 by Anita Green, who held the title of 2019 Miss Earth Elite Oregon and had competed in the Miss Montana pageant in 2018. Miss United States of America LLC rejected Green’s application to compete in 2019. Green, who identifies as transgender, claimed Miss USA was perpetrating gender discrimination by limiting eligibility to “natural born females.”

Miss United States of America LLC’s attorney John T. Kaempf had counter-argued that the organization was not anti-transgender but had opted to hold a pageant just for biological women.

In February of 2021, United States District Judge Michael W. Mosman ruled Miss USA could not be forced to alter its “natural born female” requirement because to do so would be to violate its mission.

“I view it as an association that cannot under the Constitution be required to allow plaintiff to participate in what defendant says is a contradiction of that message,” Mosman said from the bench.

The Ninth Circuit Court upheld Mosman’s ruling. The court said the First Amendment protects an individual’s right “not just to speak, but to be free of protracted speech-chilling litigation.”

Judge Susan Graber dissented, arguing that Miss USA’s rule does violate the Oregon Public Advisory Accommodations Act and should be considered before an analysis of the organization’s constitutional rights.

“Applying our ordinary rule of constitutional avoidance, I would vacate the judgment and remand this case to the district court to determine whether the OPAA applies to Defendant before we address any constitutional concerns regarding the application of the statute,” wrote Graber.

Miss USA is part of the Miss Universe Organization which was recently purchased by Jakkapong “Anne” Jakrajutatip. Jakrajutatip is a transgender reality television personality from Thailand and the owner of the media company, the JKN Group.

Miss USA is also under investigation after contestants at the 2022 pageant alleged the organizers rigged the competition. 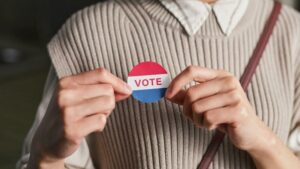