US Trucker Convoy Raises Over $300,000 Ahead of Wednesday's Departure

A “People’s Convoy” of American truckers heading from California to DC has already raised over $300,000 ahead of their departure on Wednesday.

The group, who are protesting COVID-19 restrictions, is raising money through the American Foundation for Civil Liberties and Freedom and said that they had raised $311,362 as of Monday morning.

According to a press release obtained by Timcast, the People’s Convoy will be meeting at the Adelanto Stadium in Southern California at 10 a.m. local time.

“The truckers and blue-collar workers of the United States will be joined by freedom-loving supporters from all walks of life – frontline doctors, lawyers, first responders, former military servicemen and women, students, retirees, mothers, fathers and children – on this peaceful and law-abiding transcontinental journey toward the east coast. The truckers encourage one and all to come out to the stadium in the heart of Adelanto, California to wish them well, see them off and join in the journey,” the press release states.

The group added that “this convoy is about freedom and unity: the truckers are riding unified across party and state lines and with people of all colors and creeds – Christians, Muslims, Jews, Sikhs, Mormons, Agnostics, Blacks, Hispanics, Asians, Native Americans, Republican, Democrats. All individuals are welcome to participate by either attending the launch gathering – at 10:00 a.m. on Wednesday February 23, at Adelanto Stadium – or by getting in their own vehicles and following the big rigs from Adelanto toward the east coast.”

Their objective, according to the statement, is to demand that the country be re-opened.

“To that end, it’s time for elected officials to work with the blue collar and white-collar workers of America and restore accountability and liberty – by lifting all mandates and ending the state of emergency – as COVID is well-in-hand now, and Americans need to get back to work in a free and unrestricted manner,” the group said.

Along with the statement, the group released their tentative route for others who wish to join in along the way.

The People’s Convoy Route is listed as follows:

According to a Rasmussen poll published last week, the majority of Americans say that they would support a trucker protest in the US.

Would you support a US-based trucker convoy protest?

The Capitol Police have issued a statement saying that they are upping security around DC ahead of the convoy’s arrival and that they are coordinating with other agencies, including the Secret Service and National Guard.

“Law enforcement agencies across the National Capital Region are aware of plans for a series of truck convoys arriving in Washington, DC around the time of the State of the Union. As with any demonstration, the USCP will facilitate lawful First Amendment activity,” Capitol Police said in a statement on Friday.

“The USCP is closely coordinating with local, state and federal law enforcement agencies, including DC’s Metropolitan Police Department, the United States Park Police, the United States Secret Service and other allied agencies to include the DC National Guard,” the statement continued.

More information can be found on the People’s Convoy website. 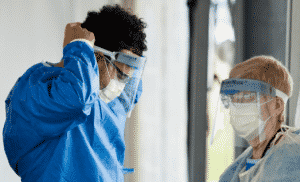