As the Biden administration prepares to reportedly announce an end to a border security policy from former President Trump’s administration, the Department of Homeland Security (DHS) braces for as many as 18,000 migrants attempting to illegally cross the southern border per day.

According to The Wall Street Journal, the “Biden administration plans to end its use of Title 42, a Trump-era pandemic border policy that allows the government to immediately turn away migrants at the southern border, by the end of May.”

In a document obtained by ABC News that outlines the steps DHS is planning to take to combat the border crisis, the Department warns that lifting Title 42 will likely “cause a significant increase along all United States borders — primarily along the Southwest border.”

Due to an anticipated surge in illegal immigration this spring, the CDC is expected to delay the implementation of Title 42’s revocation until the summer to help prevent border security agencies from being overwhelmed.

The border crisis has continued to worsen in recent months, with Border Patrol making approximately 7,000 arrests each day during March – putting the United States on pace to record more than 200,000 arrests for March, the highest monthly total in at least 22 years, according to preliminary government data reviewed by The Wall Street Journal. 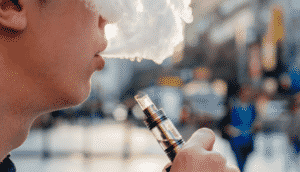