The City Council of Houston voted to ban vaping and the use of e-cigarettes in public spaces.

The unanimous vote on March 30 expanded an existing prohibition on smoking in enclosed public spaces or workplaces, or within 25 feet of a building entrance, exit, outdoor arena, or public transit stops.

The new law adds electronic cigarettes and cigars, vapes and any other device that uses vapors or aerosol liquids to the list of traditional forms of tobacco smoking.

“This is something that we’re voting on to protect the health and safety of people from secondhand inhalation,” said Councilmember Abbie Kamin during the meeting.

“Unlike rolled cigarettes, e-cigarettes use electricity to vaporize nicotine solutions into an aerosol, which is inhaled and exhaled as a fine, smoke-like mist,” reports the Houston Chronicle. “Some argue the exhaled aerosol is ‘harmless water vapor,’ but secondhand vape ‘smoke’ still contains ultra-fine particles of nicotine, which can be inhaled by others.”

Smoking is illegal in bars, workplaces, and aquariums as well as other “enclosed public locations” according to city documents.

Private and semiprivate rooms in nursing homes and long-term care facilities in Houston are exempt from the ban provided all of the room’s occupants have requested in writing permission to smoke in the room.

In some cases, specific enclosed meeting areas in convention centers and hotels are also exempted from the smoking ban as long as the event organizers inform the city of their intention to allow smoking in their plans.

In addition to modernizing the existing law, the Council seemed to be taking aim at the popularity of vape products among young Americans.

Millennials are reported to be the most likely age group to use vapes or e-cigarette products. In 2020, data from the Centers for Disease Control and Prevention indicated 19.6% (3.02 million) high school students and 4.7% (550,000) reported using e-cigarettes.

Charlie Gagen, the advocacy director of the American Lung Association of Texas, said electronic smoking devices were responsible for modern tobacco use among teens.

“Treating e-cigarettes as the tobacco products they are is a common sense step to addressing this public health crisis,” Gagen said in a statement to Houston Public Media.

Dr. Lindy McGee, a pediatrician at Texas Children’s Hospital and assistant professor at Baylor College of Medicine, accused electronic cigarette companies of marketing their products to teens during the city council’s public hearing on March 29.

The changes to the ban went into immediate effect. 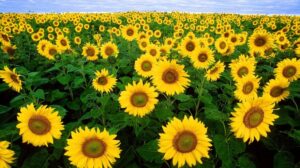