US Astronaut Returns to Earth in Russia Capsule

An astronaut who spent 355 days in space returned to Earth with two cosmonauts in a Russian space capsule.

The trip marked a moment of cooperation between the United States and Russia following weeks of tension and sanctions.

Mark Vande Hei landed in Kazakhstan after traveling in a Soyuz MS-19 capsule with two astronauts from the Russian Space Agency — Anton Shkaplerov and Pyotr Dubrov, who has also been in space for the last year.

Vande Hei now holds the American record for most days spent on the International Space Station.

“Beautiful out here,” he said as he emerged from the capsule after Shkaplerov and Dubrov.

Vande Hei and Dubrov launched into space together on April 9, 2021. They doubled their stay so that Shkaperov could join them in October with a Russian film crew.

While the two worked on the orbiting laboratory, Russia was internationally denounced for invading Ukraine.

During a live NASA TV broadcast on March 19, Shkaplerov said “People have problem on Earth. On orbit … we are one crew.”

Vande Hei said he avoided discussing the geopolitical conflict while aboard the I.S.S. He said he and his Russian crewmates got along “fantastically.”

“I’m not sure we really want to go there,” he said.

A limited crew of NASA doctors and staff were on location when the 55-year-old retired U.S. Army colonel landed. The space agency had confirmed multiple times throughout March that he would return with the Russian astronauts.

“Mark’s mission is not only record-breaking, but also paving the way for future human explorers on the Moon, Mars, and beyond,” said NASA Administrator Bill Nelson in a statement on March 30. “Our astronauts make incredible sacrifices in the name of science, exploration, and cutting-edge technology development, not least among them time away from loved ones. NASA and the nation are proud to welcome Mark home and grateful for his incredible contributions throughout his year-long stay on the International Space Station.”

The crew and Vande Hei were set to immediately board a NASA plane bound for Cologne, Germany, on their way to Houston, Texas.

“Vande Hei underwent medical testing during his long stay to further NASA’s quest to get astronauts back to the moon and on to Mars,” reports AP News. “He said daily meditation helped him cope during the mission, twice as long as his first station stint four years earlier.”

NASA said that “Vande Hei’s extended mission aboard the International Space Station provides researchers an opportunity to observe effects of long-duration spaceflight on the human body as the agency makes plans to return to the Moon under the Artemis program and prepare for human exploration at Mars.”

“I’ve had an indoor job 24-7 for almost a year so I am looking forward to being outside no matter what kind of weather,” said Vande Hei in videos recently shared by the national space agency. He also said he was looking forward to making coffee for his wife, Julie, and eating chips and guacamole.

The I.S.S. is set to be decommissioned by 2031 after President Joe Biden authorized an extension to the previous 2024 deadline.

Seven astronauts are still aboard the I.S.S.: three Russians, three Americans, and one German. SpaceX will send their replacements to the station in the next three weeks. 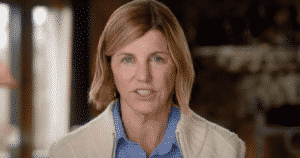