Trudy Busch Valentine announced her campaign for the United States Senate in Missouri.

The heiress to the Anheuser-Busch beer company filed to run as a Democrat on March 29 and launched her campaign office the next day.

She is one of several candidates hoping to flip the seat held by Republican U.S. Senator Roy Blunt, who will retire at the end of his term.

Busch Valentine, for who the Saint Louis University nursing school is named, release a campaign video announcing her intentions and noting that Missouri families have mixed political affiliations.

She discussed her father, August Busch, as well as her late husband, John Dee Valentine, and her oldest son, Matthew Valentine, who died of an opioid overdose in 2020.

“Across Missouri, our communities are strong, but our politics are broken,” Busch Valentine said. “Too often, neighbors and families just stop talking to each other, and the politicians in Washington continue to divide us even further.”

I’m a nurse & lifelong advocate for children. I was raised to care for others & serve my community.

Busch Valentine enters the race amidst calls for former Governor Eric Greitens to drop out after his wife accused him of physically abusing her and one of their children during their ongoing custody fight.

“The accusations come years after Greitens resigned as governor while facing allegations of sexual misconduct and blackmail involving his hairdresser and a House investigation into his campaign’s finances,” per USA Today.

She hosted a fundraiser at Grant’s Farm, the historic homestead of the Busch family, for Hillary Rodham Clinton’s 2016 presidential campaign.

The 64-year-old registered nurse and mother of six has also donated to State Auditor Nicole Galloway’s gubernatorial campaign in 2020 and to Illinois Senator Tammy Duckworth in 2015.

Editor’s Note: A previous version of this article implied that Eric Greitens is currently the governor. The story has been updated to clarify that Greitens is facing calls to drop out of the race, not to resign from office. 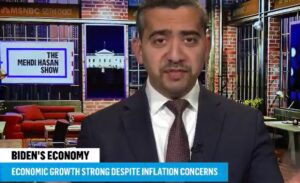