Unvaccinated United Airlines Employees Will Return to Work on March 28

United Airlines informed unvaccinated workers that they can return to their jobs at the end of the month.

Employees of the airline were told in August of 2021 that could be fired if they did not get fully vaccinated against COVID-19. At the time, the company was the first major carrier to institute a vaccine requirement and reported that 96% of its workers were fully vaccinated

United now says that the case rates have significantly declined enough to warrant a repeal of its mandate.

The roughly 2,200 United workers who were granted a medical or religious exemption to the mandate have either been on unpaid leave or moved to roles that did not interact with customers in-person.

A group of employees sued the airline over the vaccination mandate. They argued the requirement violated the Americans with Disabilities Act (ADA) and Title VII of the Civil Rights Act. A United States district judge in Texas, Mark Pittman, granted them a temporary restraining order in October before ultimately ruling their rights had not been violated by their employer in November.

On Feb. 17, Pittman’s decision was reversed following a ruling from a panel of judges in the Fifth Circuit Court of Appeals.

In a two-to-one decision, the panel found “that because two of the plaintiffs received religious exemptions from United yet remain on unpaid leave from work, the airline’s employees face irreparable harm,” per Courthouse News Service.

CNBC reports that about 200 employees were not given accommodations and were terminated for not getting vaccinated. While they are not likely to be rehired, new employees will not be asked to prove their vaccination status.

“We did this for safety. We believe it saved lives,” Kirby said. “We don’t compromise on safety.”

The Transportation Security Administration is expected to extend the mask mandate for public transportation.

The mandate, which requires travelers to wear maks while in the airport and on planes regardless of their vaccination status, was set to expire on March 18. It will now reportedly stay in effect until at least April 18.

The Centers for Disease Control and Prevention’s COVID Data Tracker indicated that after rapidly rising to 988,797 on Jan. 17, the average number of daily COVID-19 cases reported has fallen to 31,692 by March 8. 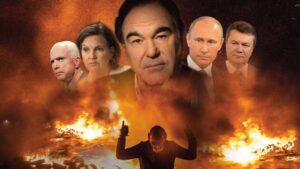