The documentary was on the platform for ten months without the warning.

In response, the producers have uploaded the film to Rumble, another video-sharing platform.

“BREAKING NEWS: YouTube removed @TheOliverStone’s documentary, ‘Ukraine on Fire.’ We believe the public should decide what it sees, not Google execs. We’re proud to announce the producers uploaded the film to Rumble, enabling anyone who wishes to view it,” Rumble tweeted.

BREAKING NEWS: YouTube removed @TheOliverStone‘s documentary, “Ukraine on Fire.” We believe the public should decide what it sees, not Google execs. We’re proud to announce the producers uploaded the film to Rumble, enabling anyone who wishes to view ithttps://t.co/aIqBs2zH4m

The IMDB summary for the documentary reads as follows:

“Ukraine. Across its eastern border is Russia and to its west-Europe. For centuries, it has been at the center of a tug-of-war between powers seeking to control its rich lands and access to the Black Sea. 2014’s Maidan Massacre triggered a bloody uprising that ousted president Viktor Yanukovych and painted Russia as the perpetrator by Western media. But was it? ‘Ukraine on Fire’ by Igor Lopatonok provides a historical perspective for the deep divisions in the region which lead to the 2004 Orange Revolution, 2014 uprisings, and the violent overthrow of democratically elected Yanukovych. Covered by Western media as a people’s revolution, it was in fact a coup d’état scripted and staged by nationalist groups and the U.S. State Department. Investigative journalist Robert Parry reveals how U.S.-funded political NGOs and media companies have emerged since the 80s replacing the CIA in promoting America’s geopolitical agenda abroad.”

YouTube has also placed a warning on the 2019 documentary Revealing Ukraine, Stone’s more recent documentary on the nation.

“We removed this video for violating our violent or graphic content policy, which prohibits content containing footage of corpses with massive injuries, such as severed limbs — for example, videos of beheadings,” Choi said. “While we do allow content with educational, documentary, scientific, or artistic content, for some categories, we have a higher bar, and we do not make exceptions for certain kinds of violent or graphic content.”

Stone has interviewed Russian President Vladimir Putin in the past and directed the film Snowden, about the whistleblower who has asylum in Russia. 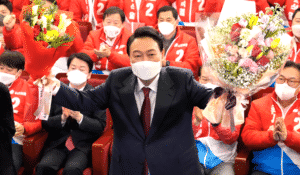