University of Oregon Apologies for Anti-LDS Chants at Football Game

The University of Oregon publicly apologized to Brigham Young University after a student chant targeted the school’s religious identity at a football game.

BYU is the nation’s largest Mormon university and is formally sponsored by the Church of Jesus Christ of Latter-day Saints.

Videos from a football game between the two schools on Sept. 17 showed Oregon fans chanting “F— the Mormons!” The Twitter user who originally shared the clip expressed concerns about religious discrimination.

Real classy chants from Oregon fans and Students. Why is it ok to chant this about members of this specific religion? @oregonfootball @OregonGovBrown @Oregonian @uoregon @CNN @espn @FOXSports @CBSNews @NBCNews @FoxNews pic.twitter.com/ukhdP1hK7x

Governor Spencer Cox of Utah, where BYU is located, reshared the clip.

“Religious bigotry alive and celebrated in Oregon,” he wrote. Cox is a member of the Church of Jesus Christ of Latter-day Saints but did not attend BYU.

The Oregon Pit Crew, the name of the student section, apologized on Twitter hours after the game.

“To all @BYUfootball fans in attendance at todays game we would like to apologize for the actions of the students in attendance,” the group wrote. “We do not condone or support any hateful speech directed towards one’s religion and are ashamed of those who participated.”

The university itself followed suit the following day.

“The University of Oregon sincerely apologizes for an offensive and disgraceful chant coming from the student section during yesterday’s game against Brigham Young University,” the university wrote in a statement on Twitter. “These types of actions go against everything the university stands for, and it goes against the spirit of competition. We can and will do better as a campus community that has no place for hate, bias or bigotry.”

According to Fox 13 Now the chant and online backlash seemingly overshadowed a “show of unity between the two opposing teams … displayed before the game.”

“As the Cougars ran out of the locker room and onto the field, they carried a flag with the Ducks’ ‘O’ logo and the late Spencer Webb’s name and football number. Webb, a tight end for Oregon, died over the summer in a rock climbing accident,” the outlet reports.

The Oregon Pit Crew thanked the BYU football team for the display.

“In Oregon, we strive to be a welcoming, inclusive state to all, regardless of race, religion, gender, or background,” said Governor Kate Brown in a statement. “Our state and nation have an ugly history of discrimination and bigotry.”

“The chant at yesterday’s Oregon-BYU game was unacceptable,” Brown added. “We must do better.”

Last year, the University of Southern California issued an apology for an anti-Mormon chant from fans at a November game.

“The offensive chant from our student section directed towards BYU during the football game last night does not align with our Trojan values,” the school’s athletic department tweeted. “It was distasteful and we apologize to the BYU program.” 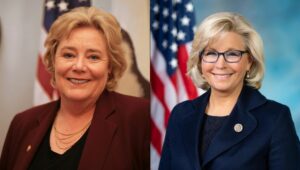