The bill will be formally submitted this week

In an opinion piece published in the Wall Street Journal on Sunday, Republican Representative Liz Cheney and Democrat counterpart Representative Zoe Lofgren announced that they developed legislation to modify the Electoral Count Act in order to prevent future elections resulting in an incident similar to January 6.

According to Cheney and Lofgren, who both sit on the the Select Committee to Investigate the January 6th Attack on the United States Capitol, a number of procedural adjustments to the Electoral Count Act must be made in order to prevent future presidents from emulating the attempt to reject electoral slates.

First, we must reaffirm what the Constitution and existing law already make plain: The vice president (who acts as presiding officer for a joint session of Congress in a presidential election) has no authority or discretion to reject official state electoral slates, to delay the count in any material way, or to issue procedural rulings that have such an effect. The 12th Amendment is straightforward; it simply requires counting: “The President of the Senate shall, in the presence of the Senate and House of Representatives, open all the certificates and the votes shall then be counted; the person having the greatest number of votes for President, shall be the President, if such number be a majority of the whole number of electors appointed.”

Additionally, the two propose significantly restricting members of Congress from entering objections to slates of electors.

Under their proposal, candidates for office who believe state and local officials have intentionally delayed the transmission of election results to Congress will be able to sue those officials “to ensure that Congress receives the state’s certificate.” According to Cheney and Lofgren, if these court cases were adjudicated before Congress meets to certify the election, the joint session would be rendered “purely ministerial.”

The bill, which is expected to be formally submitted this week, would also prevent states from changing the way they manage their elections retroactively after polls have closed.

“The Constitution assigns an important duty to state legislatures, to determine the manner in which the states appoint their electors. But this shouldn’t be misread to allow state legislators to change the election rules retroactively to alter the outcome,” they wrote. 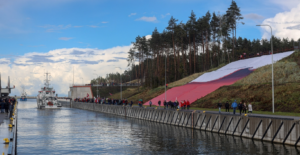